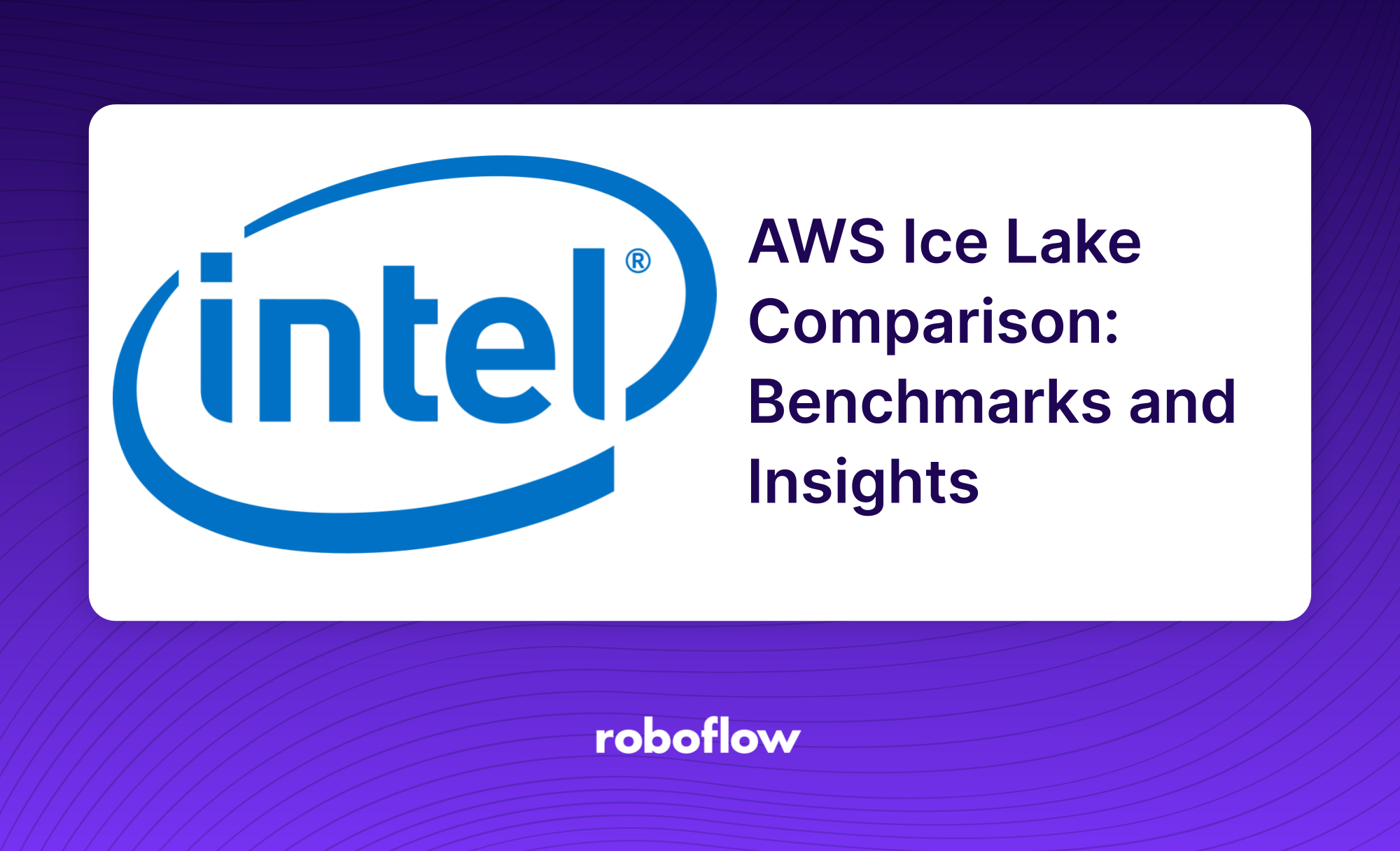 In this guide, we are going to compare the Intel c6i Ice Lake Amazon Web Services (AWS) Instance against three other common AWS GPU instances. Without further ado, let’s begin. In the video below, we walk through our findings. These findings are documented in more depth later in the post, accompanied by more information about the Ice Lake processor.

What is the Intel c6i “Ice Lake” CPU?

Amazon EC2 C6i (“Ice Lake”) instances are powered by 3rd Generation Intel Xeon Scalable processors, proven to deliver up to 15% better price performance than C5 instances for a wide variety of workloads. The Intel C6i AWS instance type is a compute-optimized instance offering that is designed to provide an excellent balance of compute resources and cost.

There are many features of the C6i instance that make it a compelling alternative for computer vision applications.

First, C6i instances feature a 2:1 ratio of memory to vCPU, similar to C5 instances. But, the C6i instances support up to 128 vCPUs per instance, 33% more than C5 instances. This will give you faster performance on many compute-intensive applications, from training computer vision models to processing data.

They were released into general availability in October of 2021 and are available in the following 9 sizes:

Below, we will compare the c6i.2xlarge instance against several of the most commonly used GPU instances. Our goal is to demonstrate the performance of Intel hardware for computer vision inference on CPU compared to GPU.

To ensure that we make fair comparisons, we used the parameters and methods documented below across all of our benchmarking experiments.

First, we performed single inference tests on a single image with the following characteristics:

We then conducted multiple inference tests with the same 100 images across each instance. The testing dataset has the following characteristics:

After completing our benchmarks using the aforementioned specifications, we arrived at the conclusions documented in the table below.

When bumping up to something more expensive, one should consider that the cost increase doesn't scale linearly with performance increase. Higher costs lead to diminishing returns.

The Intel c6i “Ice Lake” CPU chip is a great NVIDIA alternative for consumers looking for good performance at a reasonable price. As an AWS instance type, the c6i offers a great balance of price to performance without the added overhead of renting a GPU instance and comes in a standard range of instance sizes to meet your specific usage requirements.

From an AWS management perspective, running CPU instances over GPU instances keeps things simpler and alleviates the common GPU availability issues that the most hotly demanded GPUs run into. But, if you need the highest possible inference speed, a GPU-based instance may be a more appropriate choice.