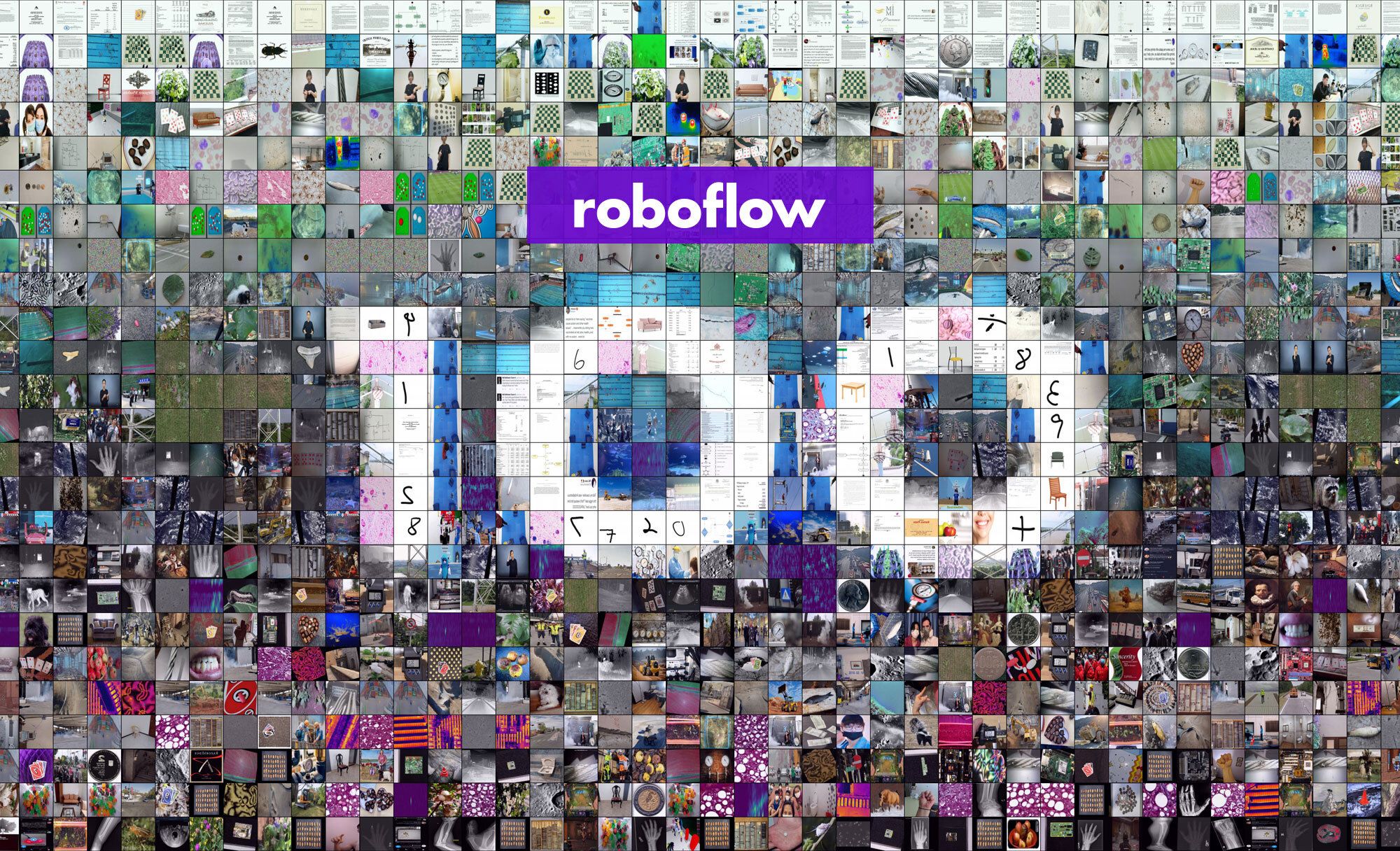 Advancing the state-of-the-art in object recognition with a new way to benchmark computer vision models across domains and task targets.

You can download RF100 by following the instruction on the GitHub repo or in Roboflow Universe by clicking the export button in each dataset.

You can explore and visualize the data by playing with the visualization tool below. Similar images are clustered close to each other. To interact with the full visualization, check out the Roboflow 100 website.

Microsoft COCO and Pascal VOC are well-known datasets used to train and evaluate computer vision models. Pioneering computer vision research is regularly benchmarked against COCO, for example, to give researchers and engineers a common set of statistics with which to understand model performance.

COCO and VOC datasets have a limited domain scope due to the nature of the data. Models pre-trained on COCO or VOC are usually used for domain-specific tasks, and evaluating narrow domain datasets may not be the best proxy of a model's performance in the wild.

For example, COCO does not contain medical images. As a result, it is difficult to be sure how a given model will perform in the medical domain when benchmarked against COCO.

We made the Roboflow 100 to help address the limited domain problem, providing engineers and researchers with a collection of 224,714 images across 829 classes against which models can be benchmarked. RF100 is a complement – not replacement – for datasets of common objects in context.

Furthermore, we observed researchers, including the Microsoft Research teams behind Florence and GLIP, were organically citing community-created Roboflow Universe datasets to assess the robustness of models beyond COCO. Thus, we saw an opportunity to make this process of assessing model capabilities beyond common objects in context, and RF100 is the first result.

RF100 is composed of images annotated in the wild and represents real data people used to train a model. By open-sourcing RF100, we hope to help researchers test a model's ability to generalize across domains. The RF100 dataset is inspired by the robust Objects365 and Object Detection in The Wild benchmarking projects.

Before including a dataset in the Roboflow 100 benchmark, we conducted a series of processing steps. These were:

The data in RF100 is definitionally informed by the areas computer vision is being used in practice. When assessing an initial set of novel domains, we observed clusters to categorize datasets.

The following image shows a curated example of images per category:

You can find all the datasets in the RF100 benchmark on Roboflow Universe.

In our research, we investigated different statistics. These included dataset size, bounding boxes (bbox) area, and number of categories. This helped us better understand the representation of each category of data in our dataset. The following image groups statistics by category:

Notably, Aerial, Microscopic and Electromagnetic have smaller bounding boxes compared to the rest. The average number of classes across different categories is only ten, meaning in practice the use case is to identify a small set of objects.

To further visualize the data, we encoded each image with CLIP and plotted the reduced embeddings via TSNE.

A high-performance web application is available to help you visualize and explore the datasets.

We evaluated YOLOv5 and YOLOv7, two popular object detection model architectures, and GLIP, in a zero-shot fashion, on RF100 and report the results.

Since the goal was to compare intra-model performance, we trained only one instance per dataset. We used YOLOv5 small, YOLOv7 base both pre-trained on COCO and GLIP-T pre-trained on O365, GoldG, CC3M, SBU. Both YOLOv5 and YOLOv7 have comparable performance.

Meaning, model evaluation on semantically different datasets is a helpful proxy for downstream model performance, especially in domain settings that differ from the web imagery in COCO.

You can find the results for each dataset in RF100 in our paper on Arxiv.

We introduce the RF100 object detection benchmark of 100 datasets to encourage the evaluation of object detection model performance to test model generalizability across a wider array of imagery domains.

Our initial evaluation shows that the new RF100 benchmark will provide valuable insights into how new object detection models will perform in the wild on tasks previously unassessed.