Using Your Webcam with Roboflow Models 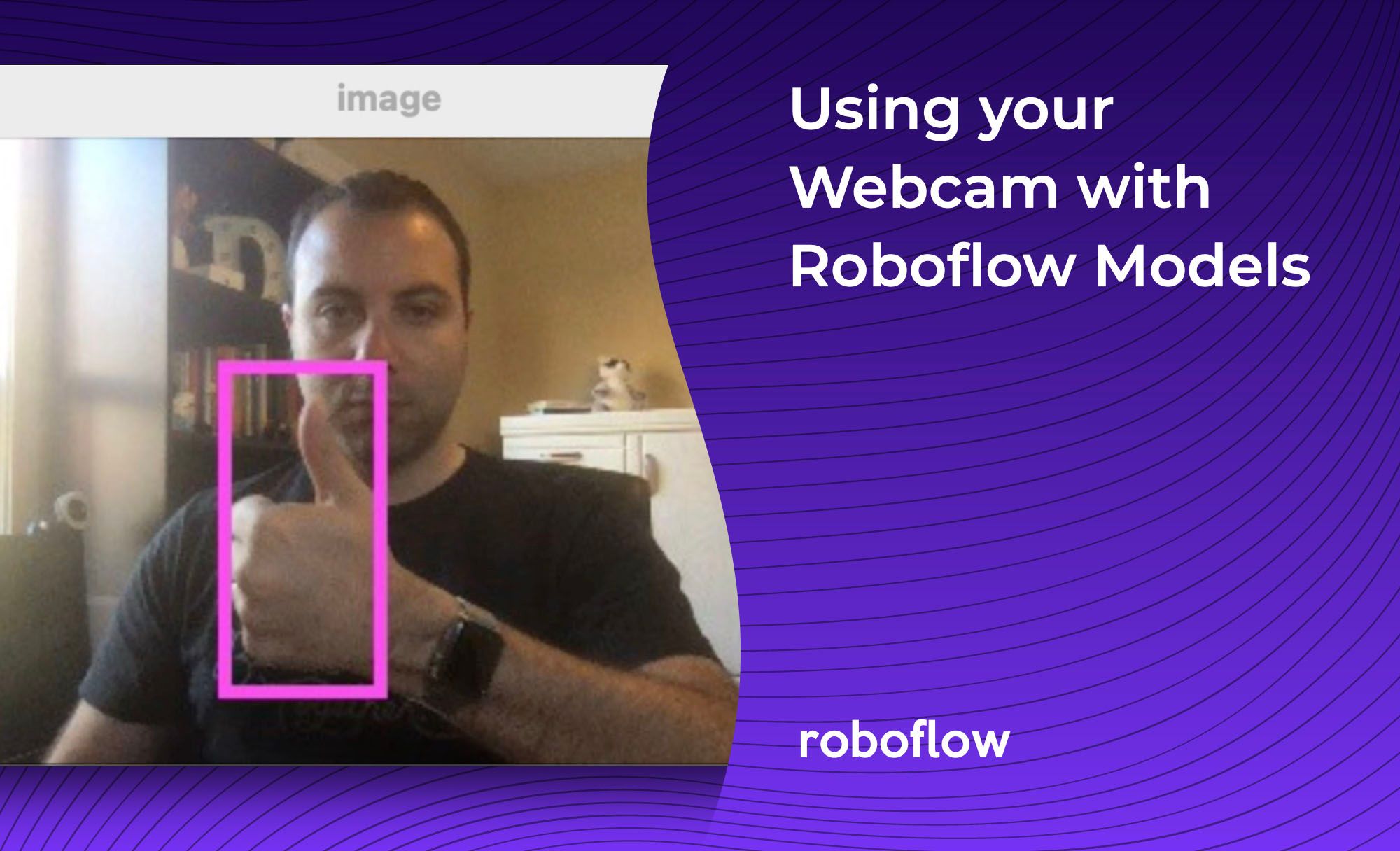 Computer vision models are normally trained to give you predictions on a single image at a time. The input to these models are often individual photos or frames from recorded videos collected asynchronously. But oftentimes you'll want to get predictions from a camera feed in realtime.

We previously showed how to use images from your Nest Camera with your Roboflow models in Node.js and in your web browser with Tensorflow.js.

In this post, we'll demonstrate how to pipe your webcam data to your Roboflow Trained model for realtime inference using Python and a USB webcam connected to your computer.

The final code for this demo can be found in our API Snippets Github Repo.

We'll be using a custom-trained Roboflow model for this tutorial so you will need to train one first by following the steps here.

We'll need Python 3.7+ for this demo. Then install

We first create a file called infer.py and initialize it with our Roboflow model info (train a model with Roboflow Train first and obtain your API Key from your Roboflow Settings) and the packages we just installed.

Then we'll construct our model's API endpoint URL. This example uses the Hosted Inference API but you can also use our on-device deployments by swapping out https://infer.roboflow.com/ with its IP address (eg http://127.0.0.1:9001):

Next we'll open up a connection to our webcam with OpenCV:

And define an infer function that will be the core logic of our program. It performs the following operations each time you call it:

Then we will call this function in a loop and display the current prediction image until we detect that the q key is pressed on the keyboard.

And finally, after the loop is broken by the q key we will release the webcam resource and clean up our visualization resources.

And that's it! If you run infer.py you'll see predictions from your model displayed on your screen overlayed atop images from your webcam. You can download the code for this simple synchronous webcam inference example here.

This implementation is pretty simple; it gets predictions from the model sequentially which means it waits to send the next image until it has received the results of the previous one.

We can significantly increase our speed by parallelizing our requests. Keeping a buffer of images in memory adds a little bit of latency but improves the consistency with which we can display the frame. We have an example async webcam inference script demonstrating this approach here.

The full code is available on our Github. Excited to see what you build!

Making a Handheld Card Counter on the OAK-D-Lite

END_OF_DOCUMENT_TOKEN_TO_BE_REPLACED

Making a Handheld Card Counter on the OAK-D-Lite

How to Implement Object Tracking

How to Train YOLOX On a Custom Dataset