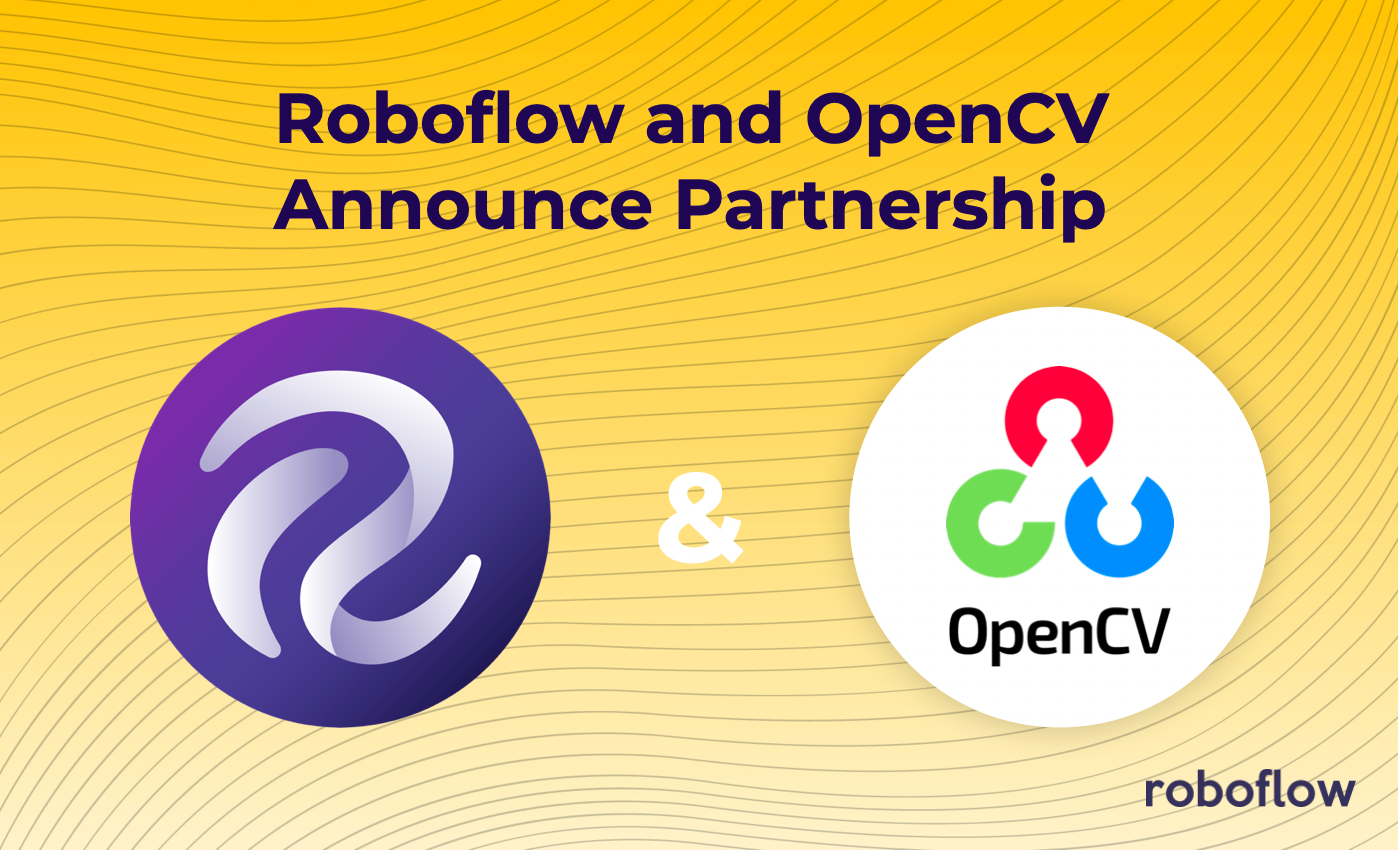 OpenCV has been a key part of advancing computer vision capabilities for developers for over 20 years. The Open Source Computer Vision Library on Github has over 50,000 stars, 42,000 forks and nearly 30,000 commits.

At Roboflow, we deeply respect the work of the OpenCV community, and we've identified a number of mutual goals to advancing developers' abilities to apply computer vision through educational content and software. We're proud to introduce a partnership between our organizations to make it even easier for developers to use computer vision.

As a part of our joint partnership, Roboflow and OpenCV will be creating educational blogs, webinars, and courses together. Roboflow is also an official Silver Sponsor of OpenCV, ensuring the library will continue to adapt and grow.

Roboflow has created tutorial content on using OAK, including how to deploy to OAK-1 and how to use OAK-D with a custom model.

This is the beginning – We're excited to share more with you soon!