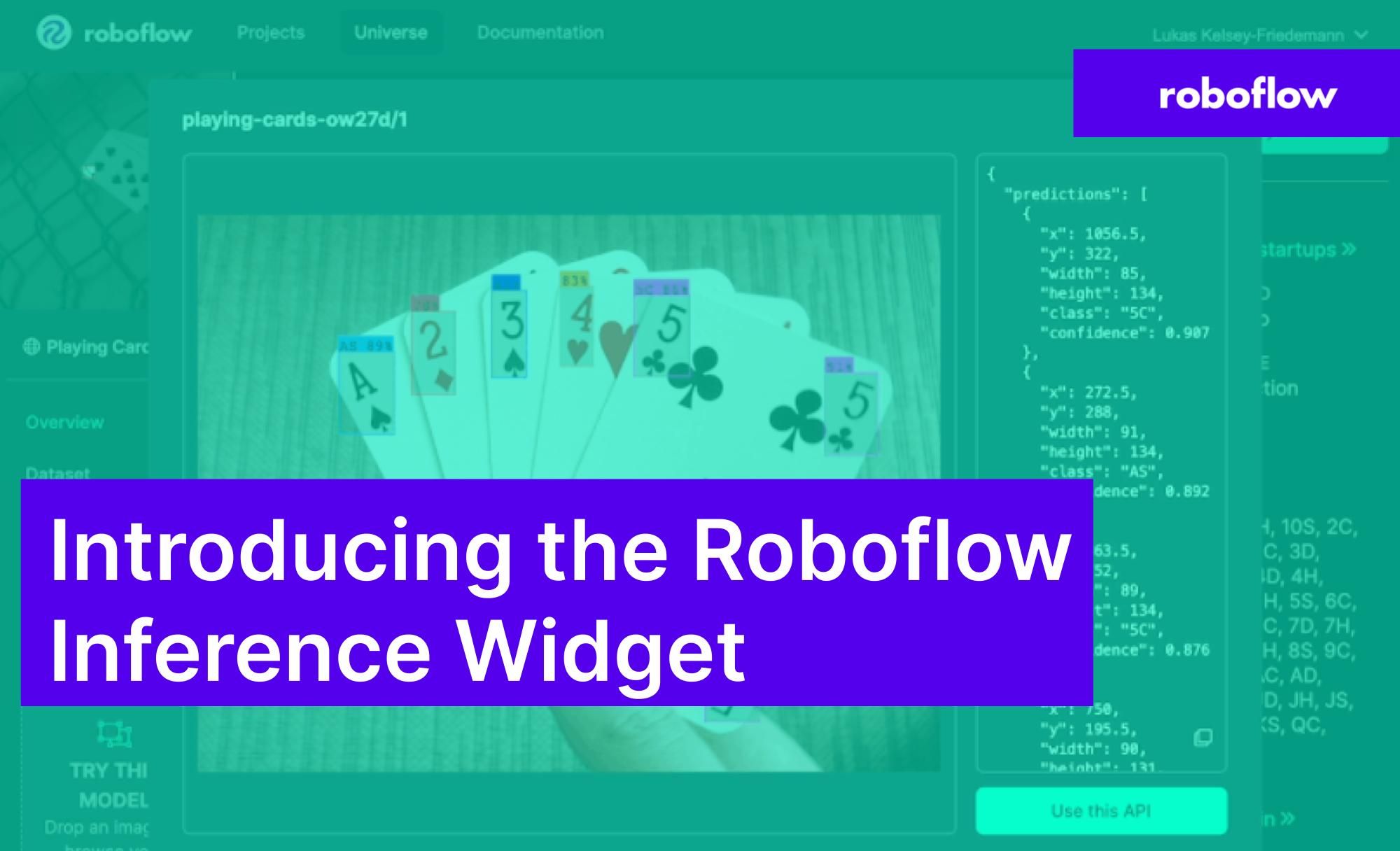 At Roboflow, we are always working to make the development and distribution of computer vision technology more seamless. We took another step in that direction with coding the Roboflow Inference Widget, now available on all Roboflow Universe projects.

Now, you can easily test any model that has been trained with Roboflow Train by dragging an image file onto your dataset version page.

The faster you can hit the "aha" moment of seeing your computer vision model make correct inference the better.

Testing models on Roboflow has been a bit buried to date. If you have been using Roboflow for a while, you might know about the Example Web App and you might even utilize the Roboflow Inference API, but you might not know about any of the Roboflow Inference stuff. With the inference widget, you can now test inference faster and if you want to dive into the docs to start integrating your model into your software, you can after you see things working.

The Inference Widget is currently only available on Roboflow Universe projects. We will be integrating the Roboflow Inference widget into the main Roboflow application. And even better, we will be publishing the inference widget functionality open source as an npm package so you could use it on a webpage of your own.