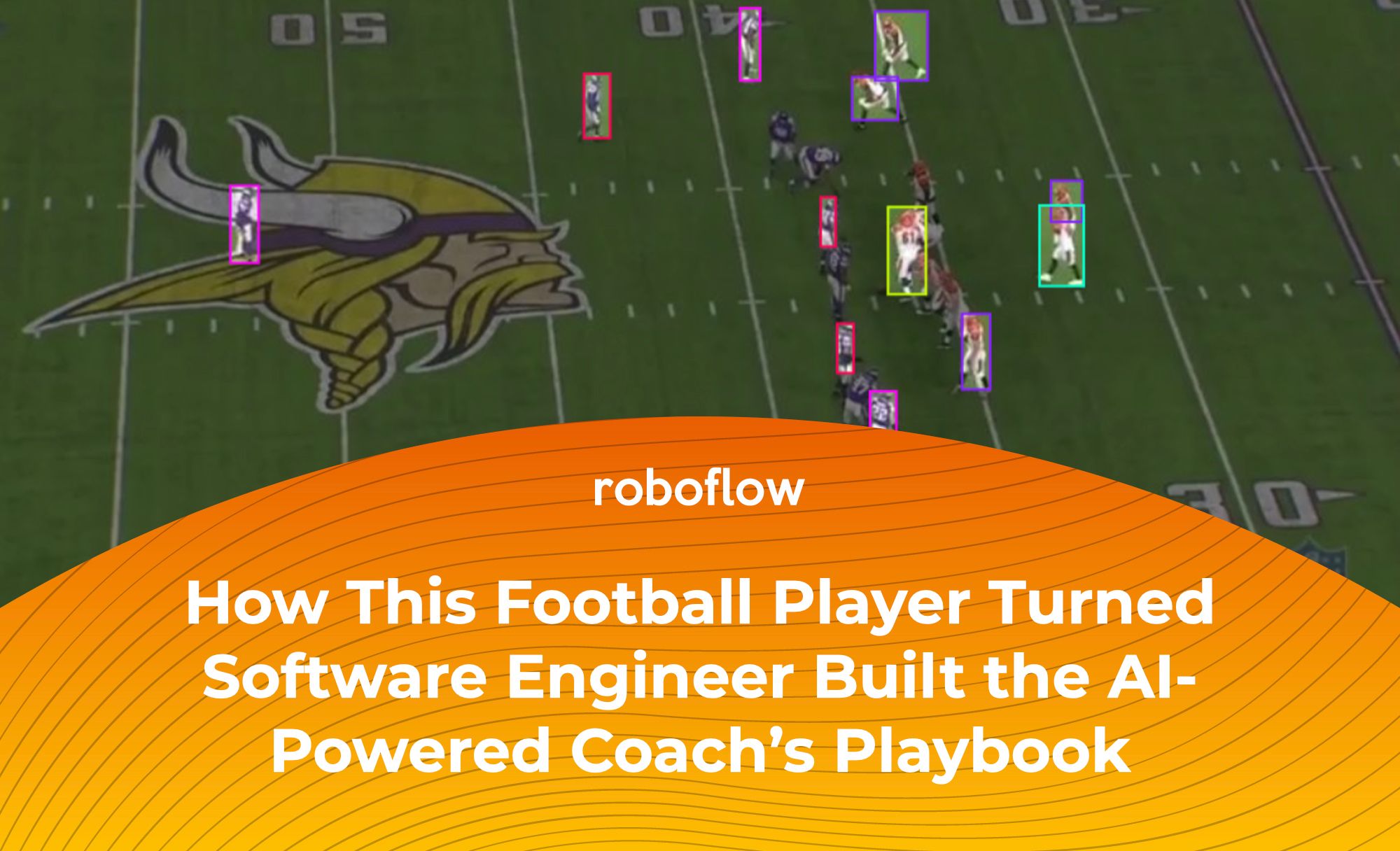 Bronkema's product automatically identifies offensive and defensive player positions and formations and then tracks players' movements as the play unfolds – saving it all on a digital 'whiteboard' for further analysis.

Not only can coaches see the exact routes their offense and defense ran, but they can dive one step deeper to check for key insights. Want to find the exact moment your wide receiver had maximum separation from the defensive cornerback? No problem. How about checking to see a breakdown on how often a given defense plays zone coverage vs man coverage? Bronkema's product has got you covered.

Bronkema also recently launched Matchup, a feature which enables coaches to simulate a given offensive set against a given defensive set. Imagine wanting to compare how your team's go-to 3rd down play works not only on an opponent you've played previously, but an opponent you expect to play next week. In a sense, coaches using Bronkema's playbook not only have fine-tuned detail on what plays they've seen and how their opponent reacted, but they can even simulate what plays will work before they happen.

Bronkema began using OpenCV, an open source library for applying traditional image processing algorithms, to automate the creation of Play Cards. While he could start to track player motions, there were consistent issues in automating the identification of each player Pre-Snap – the moment right before the start of an offensive play where a quarterback evaluates where the defense's players are positioned for the purpose of adjusting a given play's strategy.

So he prepared a dataset and model from scratch: “To create the dataset, I used Windows snipping tool and took screen caps from coaches film I had, Twitter, hudl, and even purchased NFL game pass.” He originally used Haar Cascades, a traditional algorithm for face identification, and manual selection to help identify players and saw moderate results. He then turned to Roboflow to create a custom computer vision model. With Roboflow, Bronkema enabled the program to quickly identify the Center, and cleverly infer the line of scrimmage based on alignment. From just an image snap, his program can now identify and track with high accuracy the difference between quarterbacks, centers, offensive skill players (wide receivers, tight ends, and running backs), defensive backs, and linebackers.

Bronkema's Roboflow Workspace – including the model and dataset – are now fully available on Roboflow Universe:

Universe has datasets related to other sports for anyone curious to build computer vision in their domain.

Through a combination of Roboflow, OpenCV, and much of Bronkema's custom application code ("I went from about 300 lines of Java to about 70 lines of Python code for player tracking"), the automation of player tracking is well underway. Bronkema notes that a given team runs 120-170 plays per game, meaning his product results in serious time savings. He's now layering in next-generation football analytics so teams can not only see the what happened, but get detailed insights on team strategy.

Scott Bronkema provided a couple videos to see the product in action:

Want to dive deeper? Checkout this video on how the Matchup feature works.

Bronkema’s “Football Player Detection” project is available for use on Roboflow Universe, the open source community for datasets and pre-trained models.