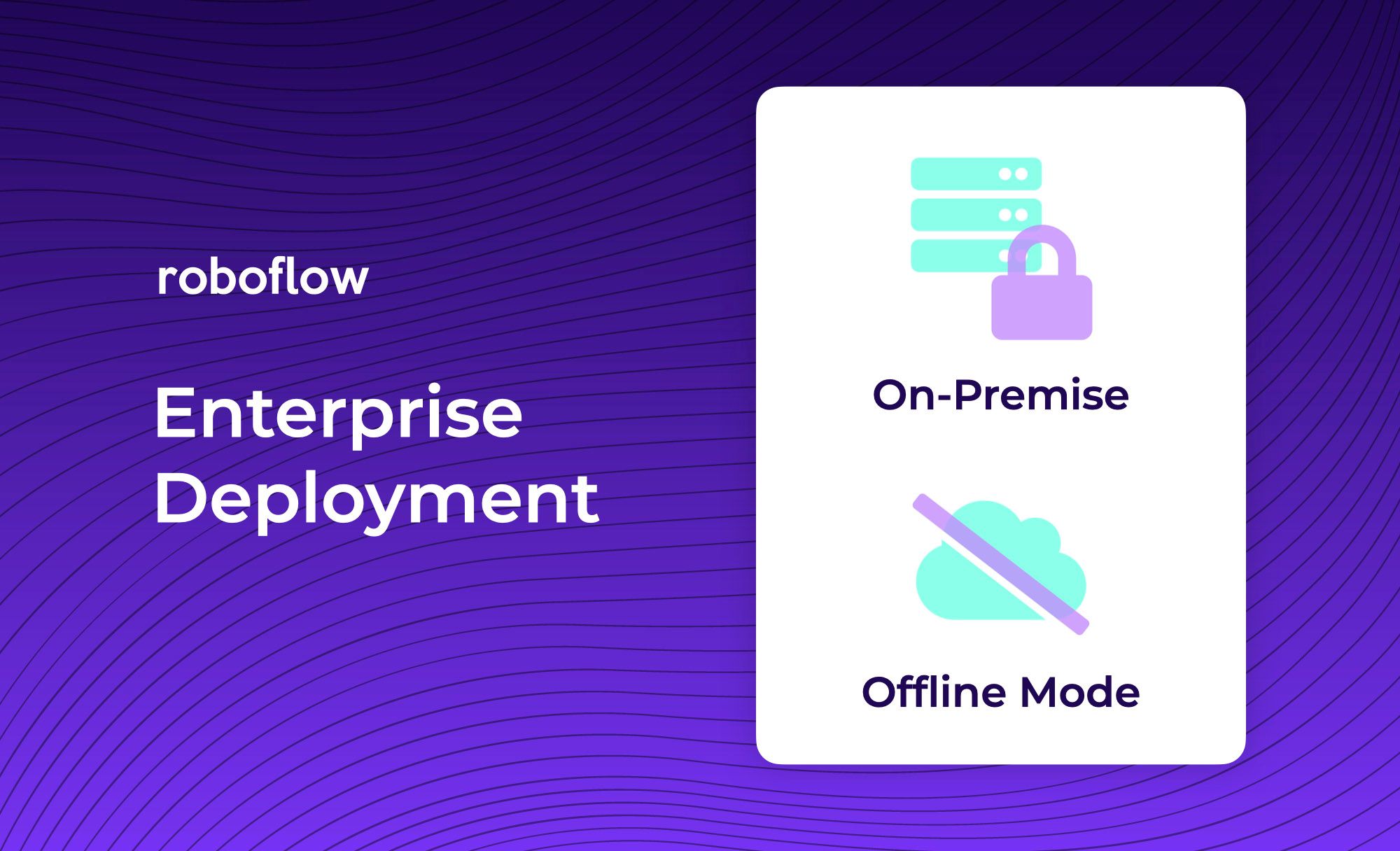 With Roboflow, you can train a custom computer vision model in one click and get an infinitely scalable API to receive predictions and you can also deploy directly to devices like the NVIDIA Jetson, OpenCV AI Kit, and even directly into users' web browsers.

But what if you have a use-case where the images you need to process are extremely sensitive in nature (think: private healthcare data, security camera feeds of sensitive infrastructure, or classified intelligence data)? Your infosec team would never allow sending them to a remote-hosted API or even to a device that's directly connected to the Internet. That's where the Roboflow On-Prem Inference Server comes in.

When you train a new model in Roboflow, you can use your new model by simply updating the version number in your application code (exactly like you do with the Hosted API) and the Inference Server will ingest the new weights via the Roboflow License Server (which resides in your DMZ and acts as a Bastion proxy server).

The Inference Server also supports offline mode which saves the weights locally for up to 30 days. With offline mode enabled, the fetching of weights only happens when you need to load a new set of weights for the first time or the lease expires.

This enables use-cases like deploying the inference server as part of an autonomous vehicle that does not have reliable access to the Internet.

Both on-premise deployment and offline mode are available as part of Roboflow Enterprise. You can find the full documentation for Enterprise Deployment here.

Some of the world's largest and most innovative companies are already using Roboflow to power their computer vision projects. Give it a try for free and then reach out to our sales team when your business is ready to go to production.