When Should I Auto-Orient My Images? 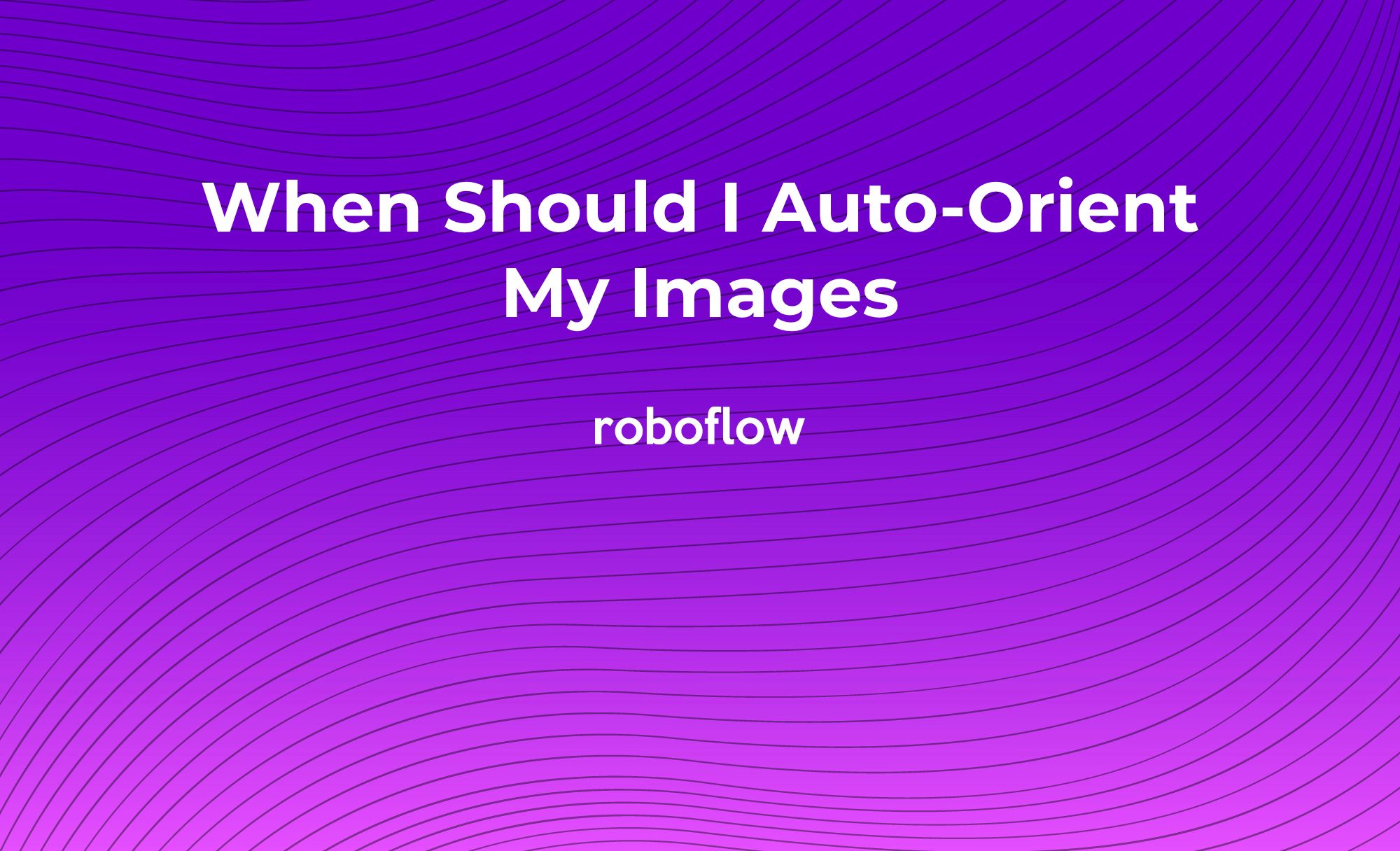 When should you auto-orient your images?

When an image is captured, it contains metadata that dictates the orientation by which it should be displayed relative to how the pixels are arranged on disk. This directive (stored in the EXIF orientation field) speeds up encoding the image at capture-time so cameras can efficiently sample data from their sensors without unwanted artifacts.

This means that most cameras store images' pixels exactly the same whether the camera is oriented in landscape or portrait mode. They just flip a bit to signal to the viewer whether to display the pixels as-is or to rotate them by 90 or 180 degrees when displaying the image.

Unfortunately, this can cause issues if the application displaying the images is unaware of the metadata and naively displays the image without respecting its EXIF orientation.

This is an easy thing to mess up (especially when programming our own image pipelines). And, in fact, is one of the most common bugs encountered in computer vision projects. If some of your images are stored on disk as x,y and some are y,x, you're going to be feeding your model bad info without even knowing it.

Fortunately, Roboflow fixes this problem for you by default. All you have to do is enable "Auto-Orient" in your pre-processing settings.

So why do we even give you the option to turn this off? Well, in very specific circumstances, you may want to use this as a speed optimization.

One example would be if you're creating a mobile app that runs on a specific device where you know that all of your images will have the same EXIF orientation. To avoid having to rotate the pixel values at runtime, you may want to leave them in the same coordinate system. So long as you train your model with the same type of inputs (and your labeling tool properly deals with this), you shouldn't have any problems.

Founder of Roboflow, writing the boilerplate computer vision code so you don't have to. Email is brad at roboflow.ai; feel free to reach out.

END_OF_DOCUMENT_TOKEN_TO_BE_REPLACED

The Train, Validation, Test Split and Why You Need It

How to Convert Annotations from PASCAL VOC to YOLO Darknet

When to Use Contrast as a Preprocessing Step