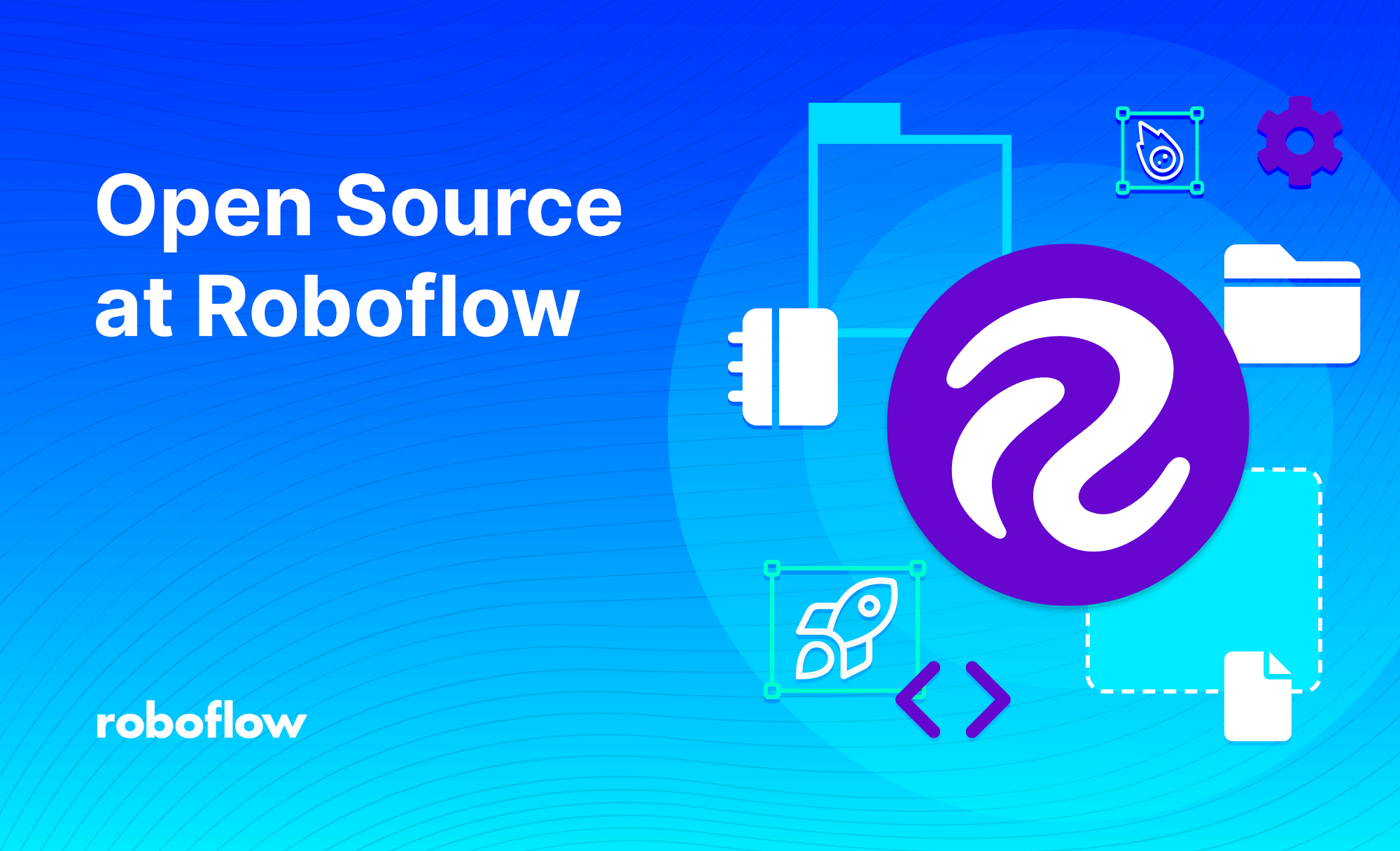 At Roboflow, we are on a mission to improve every industry by democratizing computer vision. Open source plays a big role in that by making the tooling accessible and reaching a wide audience.

On Roboflow Universe, a community of people are already sharing over 90,000 datasets and 7000 pre-trained models, making it the best place to collaborate on the data powering computer vision applications. We also maintain a large library of open source computer vision notebooks.

We believe the open source ethos of sharing, collaborating in the open, and being able to look under the hood. Whether out of necessity or pure curiosity, open source has powered much of the software revolution of the past decades. That same ethos is just as integral to the rise of computer vision and machine learning in general.

Our day to day work at Roboflow, especially on the engineering team, also involves open source code. Like most technology companies, much of the fundamental building blocks of our stack are powered by open source languages, runtimes, and operating systems. We also contribute and support open source computer vision projects like YOLOv5 and OpenCV.

We also host and maintain open source repositories on github to help make computer vision more accessible to anyone that is interested and to provide the best tools to integrate Roboflow into your application (whether open or closed source).

You'll find repos that help interface with the Roboflow API from your favorite languages, tools to integrate Roboflow into your own projects, benchmarking tools, Colab notebooks, and example projects for video inference, object tracking, or deploying your models on edge devices like NVIDIA Jetson, Raspberry Pi, and iPhone. Some of our most popular and useful projects are linked below.

These projects help you integrate Roboflow into your application or systems.

roboflow-python: roboflow-python is our pip-package to interface with Roboflow APIs from Python code. You can use it to upload image or annotation data directly to your projects and setup active learning.

inference-server: A project to build docker containers to host our inference API on your own infrastructure or edge devices.

server-benchmark: A benchmarking tool to measure the performance of our inference API or inference server running on your own hardware.

roboflow-api-snippets: Code snippets to use Roboflow upload and inference APIs from a wide variety of languages.

RoboflowExpoExample: An example app to see how you can use the Roboflow cocoa pod to deploy your Roboflow model on an iOS device.

rabbit-deterrence: An example of how to build a computer vision based system that leverages the Raspberry Pi and Roboflow to detect objects then trigger sound.

Synthetic-fruit-dataset: Example code for Roboflow's How to Create a Synthetic Dataset for Computer Vision tutorial.

roboflow-nest: An example of how to use Roboflow with the Nest camera API.

zero-shot-object-tracking: An example of how to use Roboflow in combination with Zero-Shot (CLIP) Deep SORT to do object tracking across video frames.

If you find something that piques your interest, want to get involved, have ideas, or related projects, we would love to hear from you. You can reach out at opensource@roboflow.com, open an issue on one of our github projects, or join the discussion on the Roboflow forum.