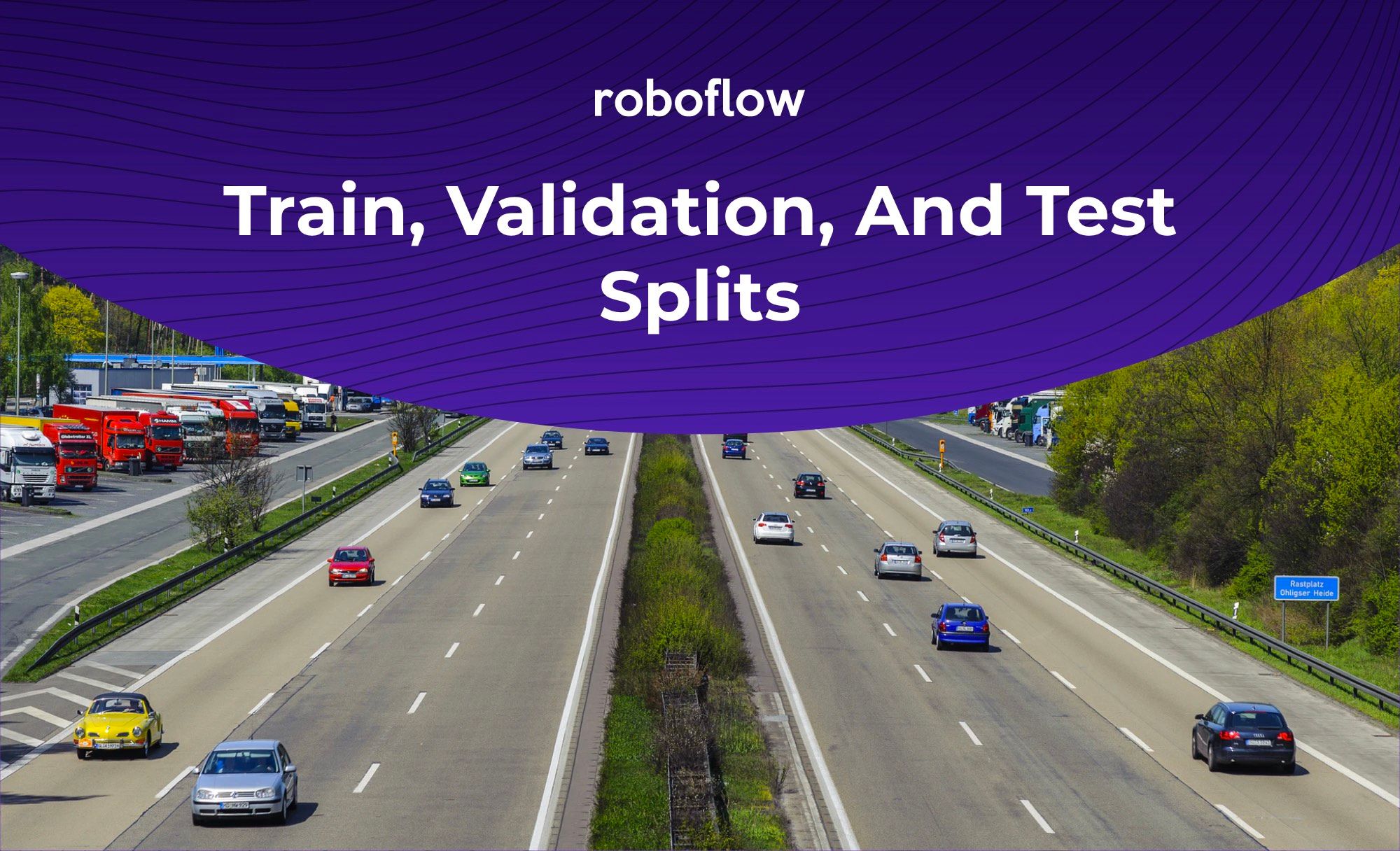 Splitting data into train, validation, and test splits is essential to building good computer vision models. We are excited to announce in-app changes to Roboflow that make it even easier to manage your train test splits as you are working through the computer vision workflow.

Changing splits on upload is a start, but many users requested the ability to change train/validation/test splits within a Roboflow dataset. We heard you! We're excited to to announce a solution.

Splitting Data within the Dataset Page

We thought splitting your dataset into different splits should be as easy as making other modifications to your dataset. So now, in the Modify Dataset tab, underneath Train/Test Split there is a button to Edit Splits. To change your splits simply toggle that button and pick the desired split distribution. Once the split looks good, hit Save Splits and the new dataset splits will be saved to the database.

The new split will be reflected in future version exports. and remember augmentations only multiply on the training set). Past dataset versions do not change, as they are to be a source of record.

Images are moved between splits to satisfy the difference between desired and current. The rest of your dataset is not randomly reshuffled.

If you want to curate a present a specific testing set, the way to do that is still to organize images outside of Roboflow and upload with option Add all Images to Testing Set.

When to edit your splits

It is tempting to move as many images to the training set as possible to show your model the most variety it can see. However, this significantly degrades the quality of evaluation metrics you have to see how well your model is learning. At Roboflow, we recommend a 70% train/20% validation/10% train split to get the most out of your training set while getting a good look at evaluation metrics.

There's a new way to edit your train/validation/test split in-app in Roboflow. Use it wisely.

Machine Learning @ Roboflow - building tools and artifacts like this one to help practitioners solve computer vision. I tweet about this stuff with lower latency but higher error rate @JacobSolawetz