How to Train Scaled-YOLOv4 to Detect Custom Objects 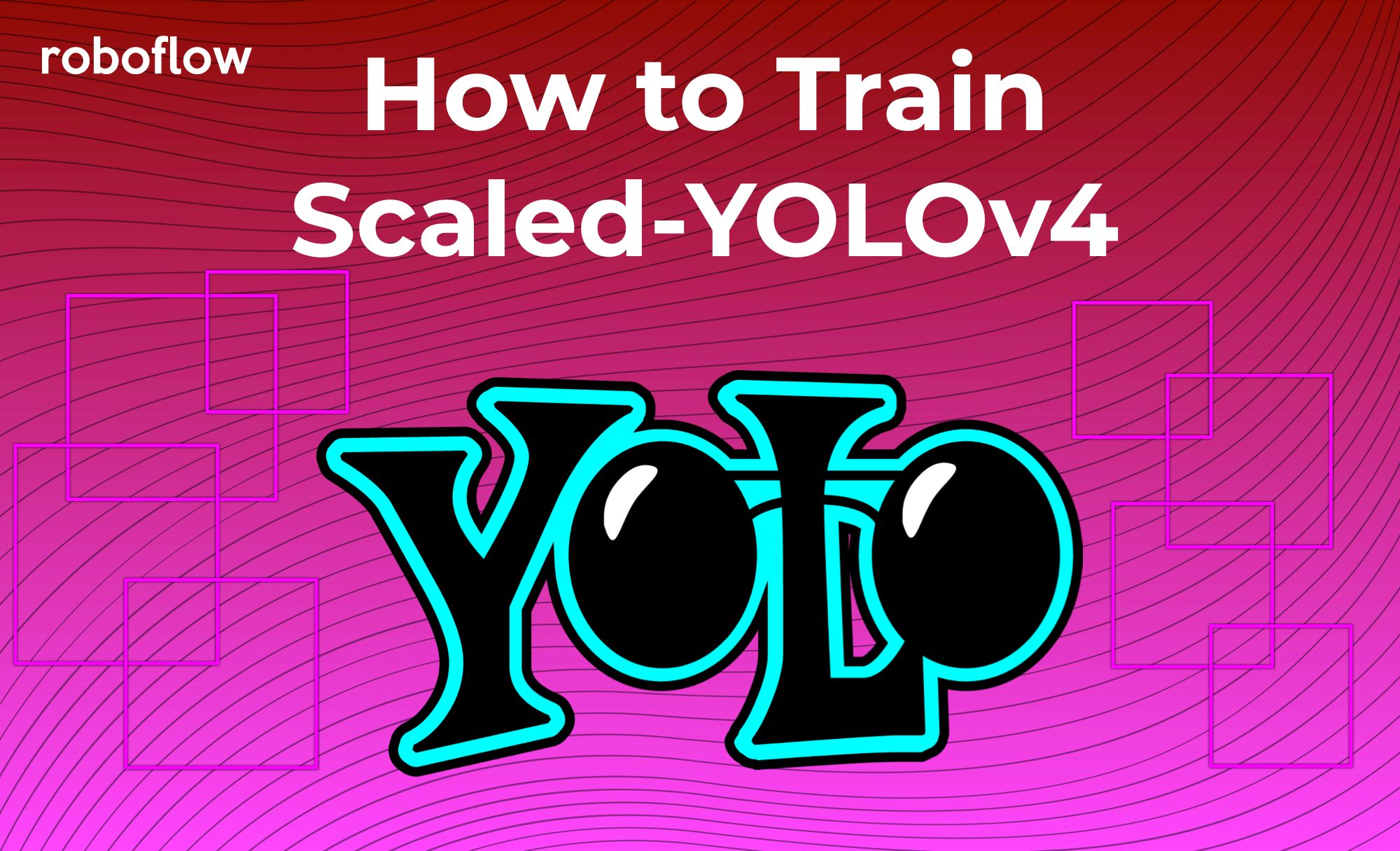 Resources included in this tutorial:

To train your object detector, you will need to bring labeled image data that teaches the model what it needs to detect. If you would just like to learn the new technology and would like to follow along directly with this tutorial, you can fork the public aerial maritime dataset.

Collecting Your Own Images

In collecting your own images, we recommend gathering images that are representative of the conditions that your model will face in deployment. The more diverse the better. You can get started with a small batch of images to begin to gauge feasibility of your problem and scale up later.

As of a recent release, you can now label your data directly in Roboflow.

You will be drawing bounding boxes around objects that you want to detect. See our tips on labeling best practices.

Once you are satisfied with your labeled dataset you can create a dataset version by choosing preprocessing and augmentation options in Roboflow. After choosing a dataset version and hitting Generate, and Download choosing the Scaled-YOLOv4format - you will receive a curl link to bring into the Colab notebook.

Downloading the data link in Colab.

We're off to the races.

Once we're in the notebook we need to make a few installs before we are ready for training.

Luckily, Google Colab provides many installs like PyTorch for us. Be sure to File Save Copy in Drive and check that your Runtime is hitting the free GPU.

Then we clone the Scaled-YOLOv4 repo and switch over to the yolov4-large branch. Next we'll install mish-cuda for our GPU so we can run the mish activation functions quickly on our notebook's GPU. After that, we install pyaml needed for reading data.

Finally, import your curl link from Roboflow to bring in your data in the right format.

Now that we have everything set up, we need to only invoke one command to kick off training on our custom data.

The following options are possible:

Once training has kicked off, you want to watch the mAP (mean average precision) metric rise, if it levels off you can stop the script.

After training, you can take a look at your Tensorboard metrics, again focusing on the mAP:

If you want to use larger version of the network, switch the cfg parameter in training. In the models folder you'll see a variety of options of model configuration including yolov4-p5, yolov4-p6, and the famed yolov4-p7. To train these larger models, Colab's single GPU may not suit you and you may need to spin up a multi-GPU server and train on multi-GPU with a distributed launch:

Now that you've trained your Scaled YOLOv4 model, you can leverage your model to make inference on new images. To do so, we point the model at our dataset's test set, and point the detection script to our custom weights (you can also specify video here):

Then, we can visualize our networks test inference.

Finally, at the end of the notebook we download our custom model weights. These are currently in PyTorch framework and you can invoke them with the same software we used for training. You can also convert these weights to other frameworks such as Tensor RT, ONNX, TorchScript, TensorFlow Saved Graph, TFLite.

The implementation of these other formats will be new software with new dependencies. The journey has begun!

Congratulations! You've learned how to train the state of the art on your custom objects with Scaled-YOLOv4.

At Roboflow, we are always excited for what you might build next.

END_OF_DOCUMENT_TOKEN_TO_BE_REPLACED

How to Train Detectron2 for Custom Instance Segmentation