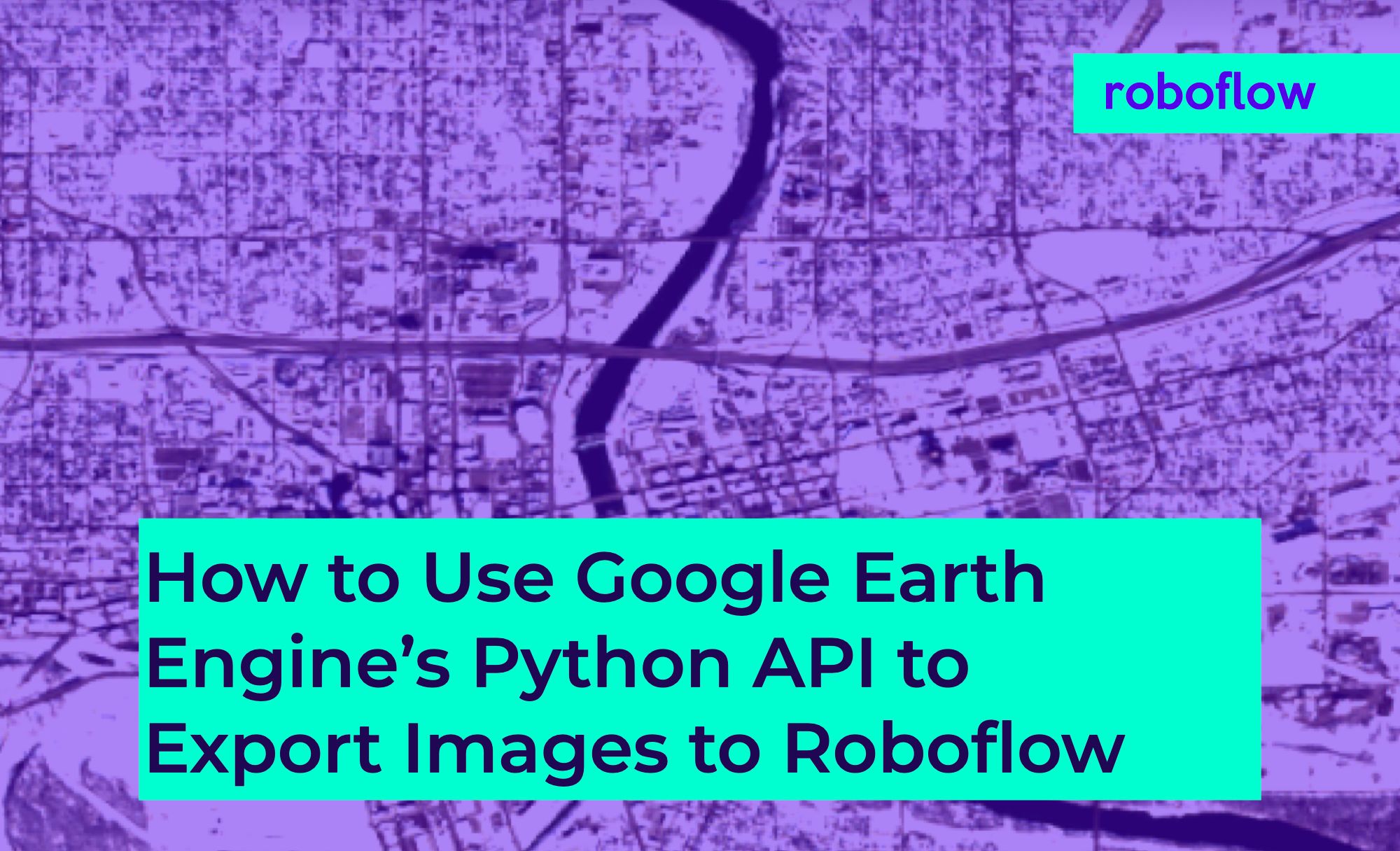 This is a guest post written by Ethan Arsht and Raluca Cîrju.

First, you will need to authenticate your information with Google Earth Engine. You can provide your authentication information here. Typically, it will take approximately 10 minutes before you receive your account information.

From here, you can follow along in this notebook.

We start by installing the accompanying earthengine package and authenticate to the Earth Engine API (code cell [2] in notebook). We will then follow a link provided by Google and accept certain permissions to acquire our authentication code. We will also authenticate to Google Drive, using a similar process (cell [3]).

Before we go further in exporting images, we have to understand how the underlying data in Google Earth functions.

For this example, we will export an image of Des Moines, Iowa – the birthplace of Roboflow! Our goal is to find a Sentinel-2 tile that includes Des Moines, is relatively recent, and has the fewest clouds.

To do so, we write one line of code with the following steps:

This provides us with one image (cell [6] in notebook). From there, we can specify a region and export it to a raster. However, this image contains several layers, as shown below:

We will export the raw image of the Earth’s surface, which means we need to work with bands 2 (blue), 3 (green), and 4 (red). With these three bands, an image viewer can display a color image (cell [7]).

Finally, we specify the region we want to export (cell [8]). We don’t need the entire tile, so we create a bounding box that specifies the coordinates for the city of Des Moines. With that, Google Earth Engine exports only the area that we want, rather than the entire photograph from Sentinel-2.

We’re ready to export. The export will take place on Google Earth Engine’s server, but we can interface with the server from Python. The export job has several parameters (cell [9]). Note that, because the job runs on Google Earth’s servers, we may not receive an error message if there are any problems.

To complete the export, we execute the code on Google Earth’s servers and wait for it to become inactive (cell [10]). Then we can check out our image in Google Drive. If you’ve followed the steps in the notebook, it should look something like this:

And that's it! Following the above steps and linked notebook, you should be able to use Google Earth Engine to generate satellite images. These images are ready to read directly into Roboflow – just upload those files directly!