How to Train MobileNetV2 On a Custom Dataset 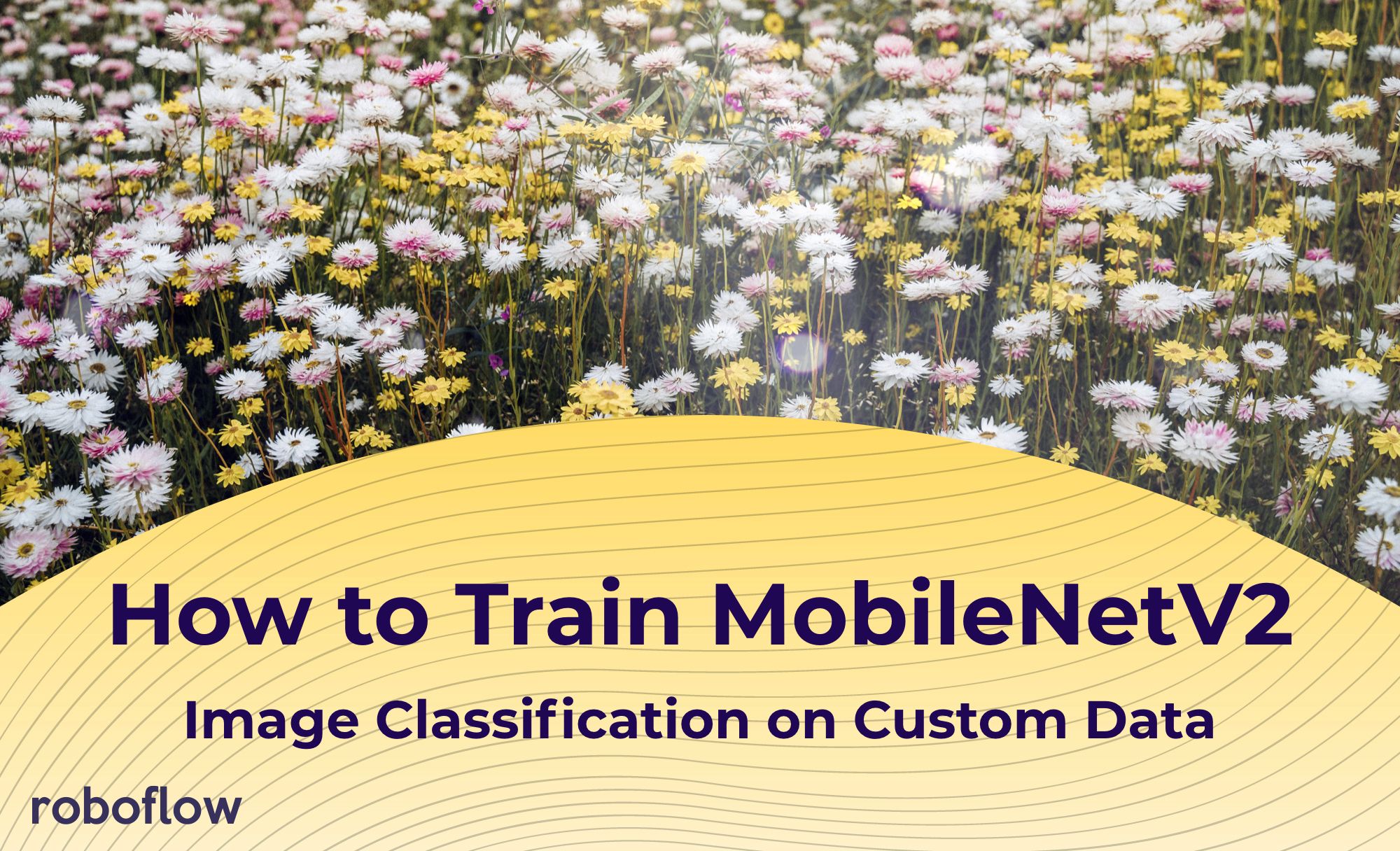 In this post, we will walk through how you can train MobileNetV2 to recognize image classification data for your custom use case.

MobileNetV2(research paper) is a classification model developed by Google. It provides real-time classification capabilities under computing constraints in devices like smartphones.

This implementation leverages transfer learning from ImageNet to your dataset.

We use a public flowers classification dataset for the purpose of this tutorial. However, you can import your own data into Roboflow and export it to train MobileNetV2 to fit your own needs.

The MobileNetV2 notebook used for this tutorial can be downloaded here.

Thanks to the Tensorflow Team for publishing the base notebook that formed the foundation of our notebook.

To apply transfer learning to MobileNetV2, we take the following steps:

The MobileNetV2 architecture utilizes an inverted residual structure where the input and output of the residual blocks are thin bottleneck layers.

It also uses lightweight convolutions to filter features in the expansion layer. Finally, it removes non-linearities in the narrow layers. The overall architecture looks something like this:

As a result, MobileNetV2 outperforms MobileNetV1 with higher accuracies and lower latencies:

We will be using this flowers classification dataset but you are welcome to use any dataset.

To get started, create a Roboflow account if you haven't already. Then go to the dataset page and click on raw images:

Then simply generate a new version of the dataset and export with a "Folder Structure". You will recieve a Jupyter notebook command that looks something like this:

Copy the command, and replace the line below in the MobileNetV2 classification training notebook with the command provided by Roboflow:

Using Your Own Data

In order to use the MobileNetV2 classification network, we need to convert our downloaded data into a Tensorflow Dataset.

To do this, Tensorflow Datasets provides an ImageFolder API which allows you to use images from Roboflow directly with models built in Tensorflow.

To convert our dataset into a Tensorflow Dataset, we can do this:

You will see your custom data properly load in with the following command tfds.show_examples(raw_train, builder.info).

First we will create the base MobileNetV2 model:

Here we are instantiating a MobileNetV2 model where the classification layers will depend on the very last layer before the flatten operation. This can be changed by the include_top parameter but generally is not very useful because it does not retain the generality of images when compared to bottom layers.

Next, we will want to freeze the convolutional layers to use the base model as a feature extractor. We can do this as follows:

You may want to experiment with unfreezing convolutional layers if your dataset is vastly different than ImageNet (PDF documents for example).

Then we can push this through a Dense layer to obtain the final prediction:

Finally, we can stack these into a sequential model and compile the model with a Binary Crossentropy loss and RMSProp optimizer:

Train and Evaluate the MobileNetV2 Model

Prior to training the model. we can obtain the initial loss and accuracy of the model:

We can then start training the model to increase the accuracy and decrease the loss:

To evaluate the model's performance during training and validation, we can plot the loss and accuracy:

It looks like the model performed quite well and was able to converge. However, there is still some room for improvement. We can improve its accuracy through fine tuning the model.

We can then recompile and start training the model:

Looking at the accuracy and loss now, we can see dramatic improvements to both metrics:

Use MobileNetV2 to Infer on a Sample Image

From the looks of it, MobileNetV2 seems to be working pretty well!

MobileNetV2 is a powerful classification model that is able to reach state-of-the-art performance through transfer learning. In this tutorial we were able to:

You can get the full code in our MobileNetV2 Colab notebook.