Introducing Upload Batches, the Unannotated Queue, and Mark as Null 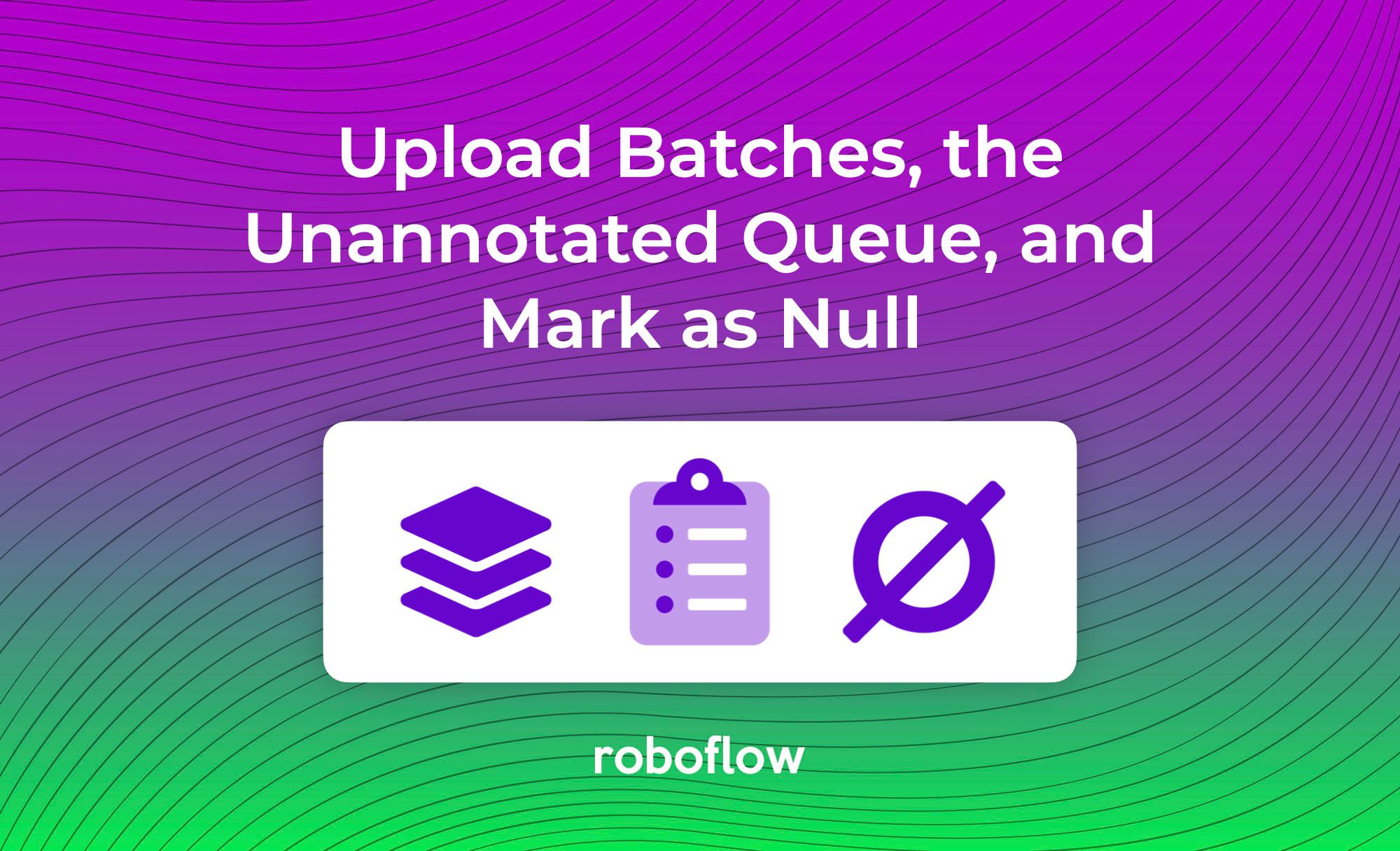 This week we updated the workflow for uploading and annotating images to streamline the process, help you keep track of your progress, and make it easier to divide work amongst your team.

If you've worked on an ongoing computer vision project with iterative improvement via active learning and multiple contributors, you know that it can be tough to keep track of all the moving pieces. If you're not careful, you can end up with a tangled web of files strung across arbitrary folders in various states.

Previously, we shared one workflow for organizing the phases of an ongoing project with your team; now we've built some of those learnings directly into Roboflow. And since teams of up to three people are now included free on our Starter Plan, any project (from a student hackathon creation to a Fortune 500 initiative) can benefit from the enhancements.

Datasets in Roboflow were previously organized as one big bucket of images. This makes sense if your dataset has been curated and annotated ahead of time... but if you're uploading raw, unannotated images a few at a time as you collect them and work to improve your model it can get unwieldy.

Now, each time you upload a new set of images, a batch is automatically created to group them together. Uploading images first greatly de-risks the annotation process since your progress can be saved as you go (instead of being stored in your browser and uploaded all at once after you finish annotating – potentially risking hours of lost work if your browser crashes during the process). This also means you can divide and conquer the labeling task amongst your team by chunking your upload into separate batches (say goodbye to creating and merging disparate datasets)!

We've also heard from users that it was tough to find the newly-added images that still needed to be annotated so we've added an unannotated tab to your All Images view and to each upload batch.

When you're done annotating all your images, you'll now know it with certainty!

Sometimes images purposely don't contain any objects of interest. We've written about the difference between null and unannotated images in the past. But there wasn't a clear way to signal this inside of Roboflow Annotate.

Enter the "Mark as Null" tool, a way to explicitly mark that an image contains zero annotated objects and remove it from your unannotated queue. It's important for your model to learn that there won't always be an object present in the wild! And now you can do so explicitly.

This is just the beginning. Thanks for all your feedback since the launch of Roboflow Annotate. We'll continue to improve this workflow going forward in our pursuit of creating the world's best computer vision pipeline!