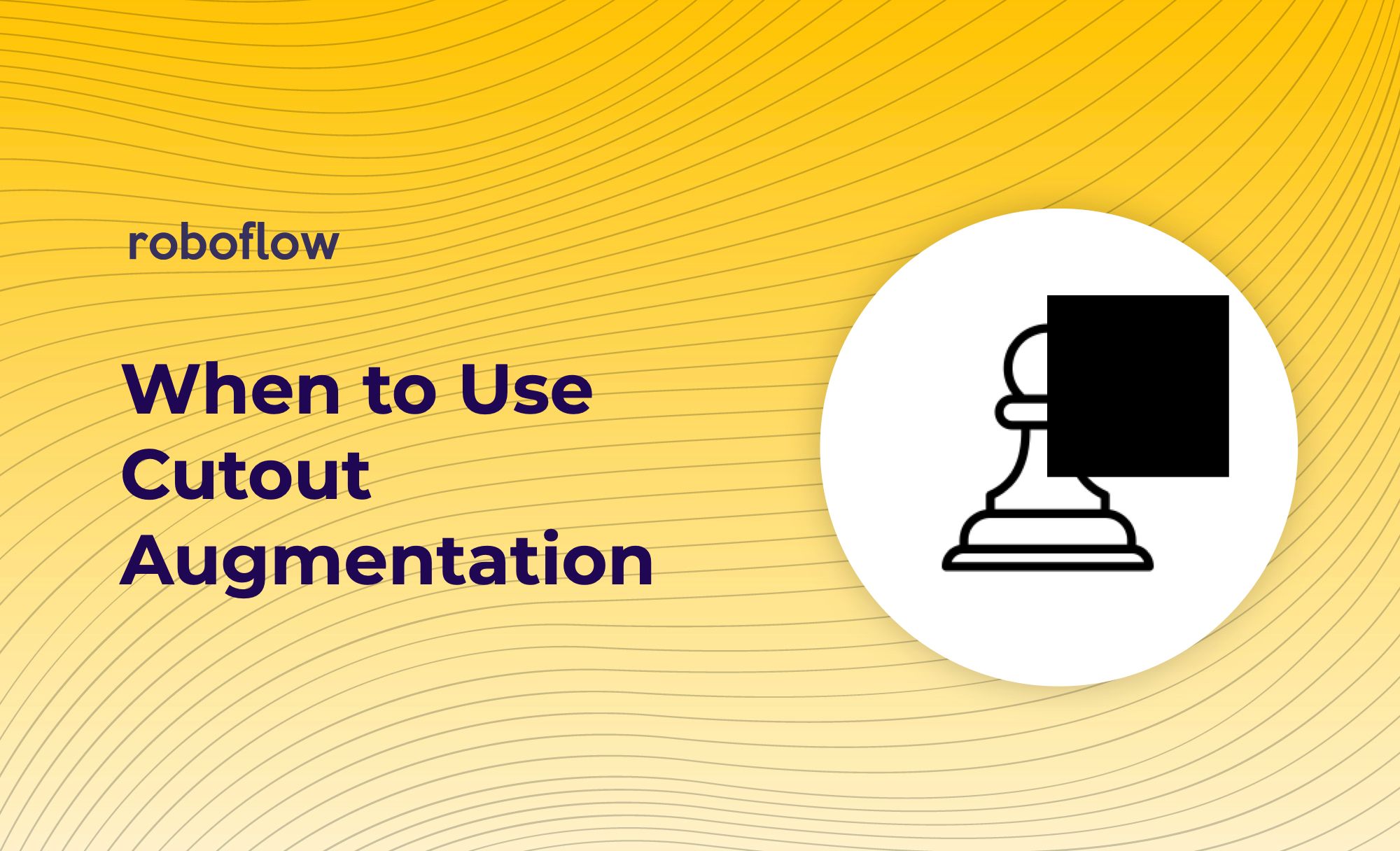 What are Cutout Augmentations?

Cutout is an augmentation technique, introduced in the YOLOv4 paper, that randomly covers a region of an input image with a square.

When Should You Use Cutout Augmentations?

Cutout augmentations also have applications when other, minor details of an object need to be considered when making a decision rather than relying on major details of an object. For example, when trying to detect American flags, your model may rely heavily on the stars. However, by covering up the stars in some of the images through a cutout agumentation, you model starts to learn about the stripes. This allows your model to learn about other details aside from the stars, improving its overall performance.

Applying a cutout augmentation in Roboflow is very easy! Simply open up a Roboflow project and create a new version. In the augmentation step, select "Cutout":

After this, you will see two settings to configure the cutout augmentation: percent and count.

Cutout augmentations are a powerful way to make your dataset more versatile. To summarize: