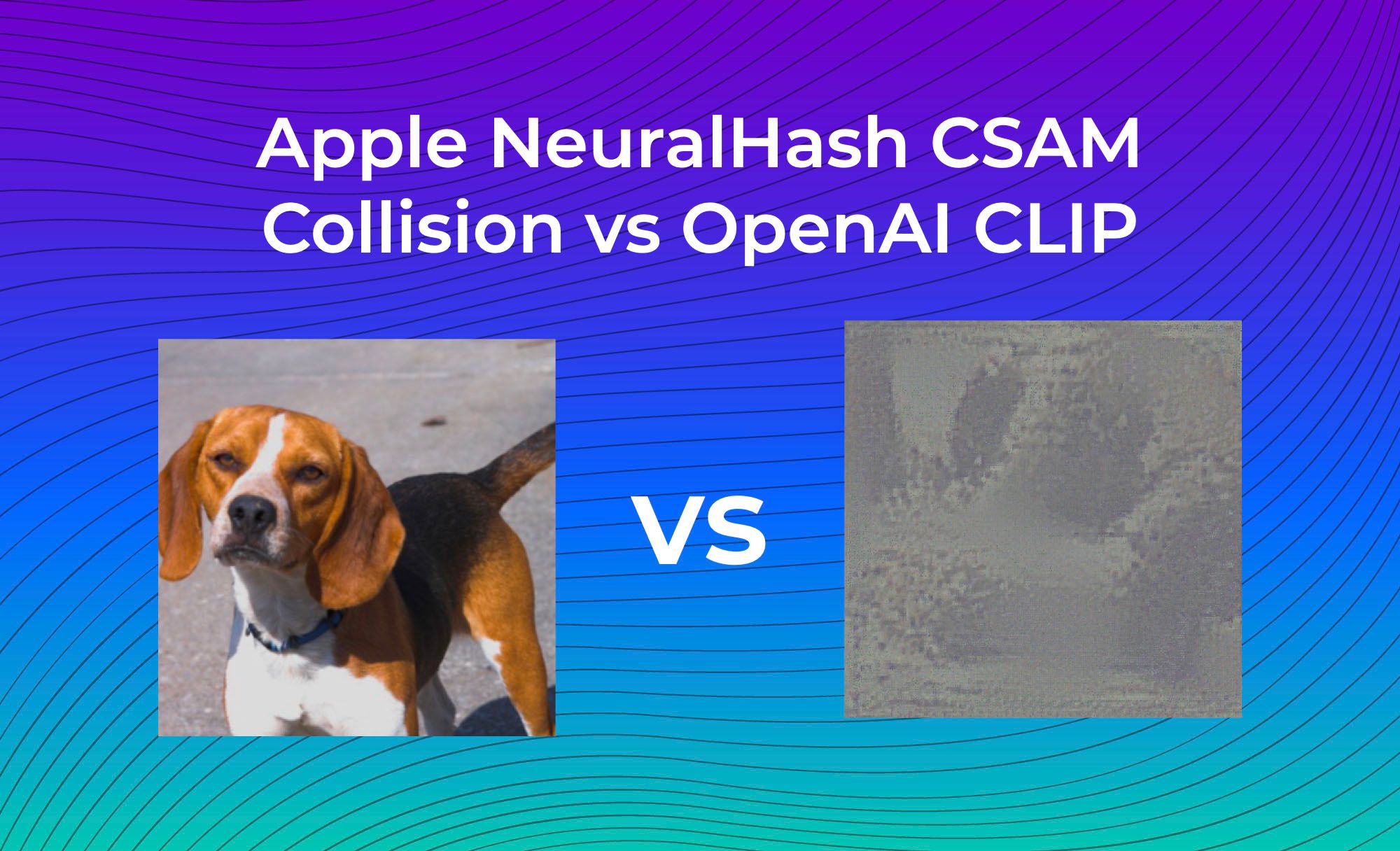 This morning, Hacker News was ablaze with several stories about vulnerabilities in Apple's CSAM NeuralHash algorithm. Researchers had found a way to convert the NeuralHash model to ONNX format and reverse engineer a hash collision (in other words: they created an artificial image with the same hash as a real image).

This is a problem because it would mean that an attacker could artificially create benign images that triggered Apple's code to (falsely) detect them as CSAM. While Apple's process has humans review these images before alerting authorities, it creates a mechanism by which their human review queue could be flooded with junk images.

This probably isn't a problem for Apple in practice

I was curious about how these images look to a similar, but different neural feature extractor, OpenAI's CLIP. CLIP works in a similar way to NeuralHash; it takes an image and uses a neural network to produce a set of feature vectors that map to the image's contents.

But OpenAI's network is different in that it is a general purpose model that can map between images and text. This means we can use it to extract human-understandable information about images.

I ran the two colliding images above through CLIP to see if it was also fooled. The short answer is: it was not. This means that Apple should be able to apply a second feature-extractor network like CLIP to detected CSAM images to determine whether they are real or fake. It would be much harder to generate an image that simultaneously fools both networks.

How CLIP sees the colliding images

For the real image (of the dog), the 10 closest English words according to CLIP were:

And for the fake image, the closest words were:

As you can see, it wasn't fooled in the least. Apple should be able to ask a similar network to CLIP questions like: "is this a generated image?" and "is this a CSAM image" and use its answer as a sanity check before flagging it to leave your phone and go to human review.

That isn't to say that CSAM is infallible (or even a good idea in the first place), but there are workarounds to this particular NeuralHash collision exploit that mean it's not dead in the water just yet. And Apple: if you need help with using CLIP, drop us a line!

If you want to learn more about how CLIP can be applied in novel ways, check out our other related posts: