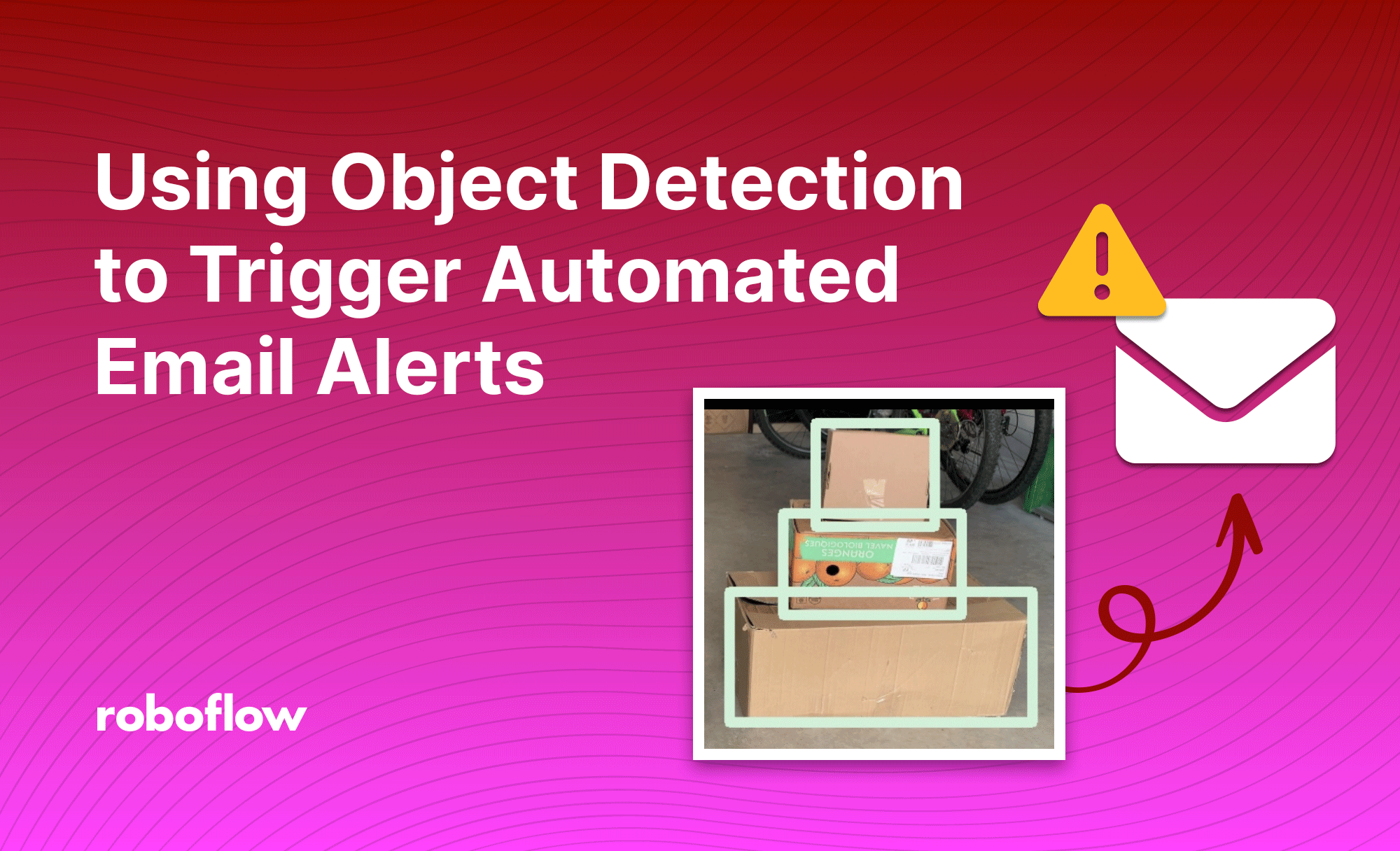 In this tutorial, we'll show you how to use object detection to identify specific configurations within an image to trigger email notifications. This setup demonstrates how you can easily integrate Roboflow with custom actions and code at the same time.

Our example will focus on stacking boxes to highlight how you could use computer vision in logistics, shipping, retail, manufacturing, packaging, inventory management, and more.

Choosing a Use Case and Dataset

First, we'll identify our use-case. In this tutorial, we'll be focusing on the safety of stacking cardboard boxes. We want to receive an email notification if our Jetson Nano sees 3 or more boxes stacked on top of each other, since that could be a safety hazard.

Your application or use-case could be anything. In the past, developers have used Roboflow for microbiology research to auto-piloting drones. If you're looking for ideas, feel free to check out Roboflow Universe, a hub for thousands of datasets and models.

Next, we'll find a model from Universe to use or train our own. On Roboflow Universe, we found this packages dataset that already has a trained model. Alternatively, we could've easily uploaded our own data, created a dataset, and one-click trained a model on Roboflow's end-to-end platform.

Roboflow makes using models as easy as an API call. We'll be building off a snippet from our API snippets repository, which has boilerplate code for Python, Javascript, Go, Java, and more.

You can find the modified code we'll be referring to here. (insert once uploaded)

Use the Code to Build Your Own Applications

If you'd like to try it out, feel free to copy my code from here. In roboflow_config.json, specify your model, API key, and the details of each notification email (such as sender, receiver, and HTML content). You can find the model ID and your API key on the "Deploy" page on the Roboflow Universe page for a model or within your project if you trained your own.

Next, set up simplegmail by following the instructions here – you'll need to log into Google Cloud Console, create a project, and create a file called client_secret.json with your Google API key. Keep that file in the same directory as main.py and action.py.

Setting up a Jetson Nano for Roboflow Deploy

Instead of using Roboflow's Hosted API, we can also run inference on-device with our Jetson Nano. This is optional, but you may want to run inference locally for lower latency and to take advantage of the Jetson's GPU acceleration. Roboflow distributes an easy Docker container to take care of all the dependencies and keep our code as simple as an API call.

Make sure to transfer the Python code to the Jetson, install dependencies using pip, and plug in a camera. Let's run main.py!