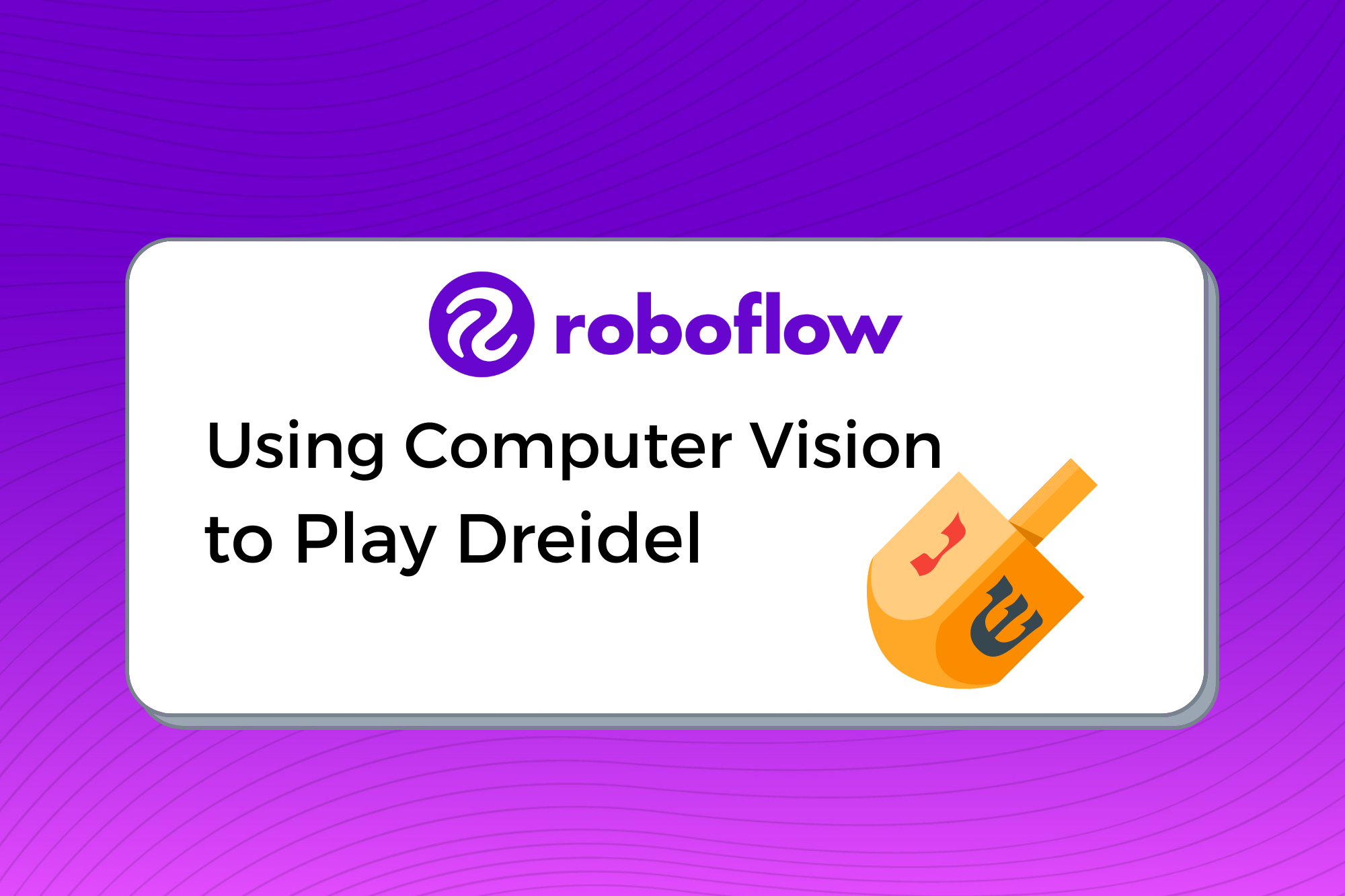 This week marks the start of the Jewish holiday, Chanukah. Chanukah celebrates the eight-day supply chain shortage of oil that the Jews had to endure so many years ago.

As a brand new employee at Roboflow, I was asked to do a computer vision project. So I thought, why not combine a holiday I love so much, Chanukah, with something brand new in my life, Roboflow.

As a young Jewish boy growing up in Miami, we were taught a game during Chanukah called Dreidel.

Before I get into the machine learning project, let me explain to you the game.

How to Play Dreidel

Dreidel is a game where players take turns spinning a top with Hebrew characters on it. Based on how the top stops spinning, players take a different action.

When learning to play Dreidel, I would sometimes forget what the names of each character are and what action they correspond to in the game. I thought it’d be fun to create a computer vision model that could understand what each symbol on a Dreidel is, making it easier to learn to play the game.

To build the above model, I collected 569 images adding 1,371 annotations across each of them. I was careful to include images of different Dreidels and of Dreidels on various backgrounds. I’ve found this is essential to building a well-performing model: the model needs to be trained on diverse examples. I then trained my model with Roboflow and used the “Try with your Webcam” feature to open the model on my phone. A couple of months ago I heard about Roboflow and I had only a faint idea of what computer vision was. Now, in just a couple of weeks, I was able to build my first working model.

Above, you can see the Health Check that is provided by Roboflow’s platform. It was challenging to create class balances that were properly represented because each photo of the letter also included the Dreidel. As I continue to improve the model, I would add more pictures of only the Hebrew letters without the Dreidel in the photo.

Build On Top of What I’ve Started Using Roboflow Universe

I made this project as a starting point for others to build on top of what I’ve started. You could use the model I’ve created and build your own app that, for example, automatically scores the game or keeps tabs on which characters seem to be showing upmost.

I have uploaded the Dreidel dataset and model and shared it on Roboflow Universe so that you can use it.

I hope this helps others learn the game of Dreidel! And if you build something using my dataset and/or model, please do let me know. I can’t wait to see it. Happy holidays!

END_OF_DOCUMENT_TOKEN_TO_BE_REPLACED

Launch: Use Universe Models for Label Assist and Training