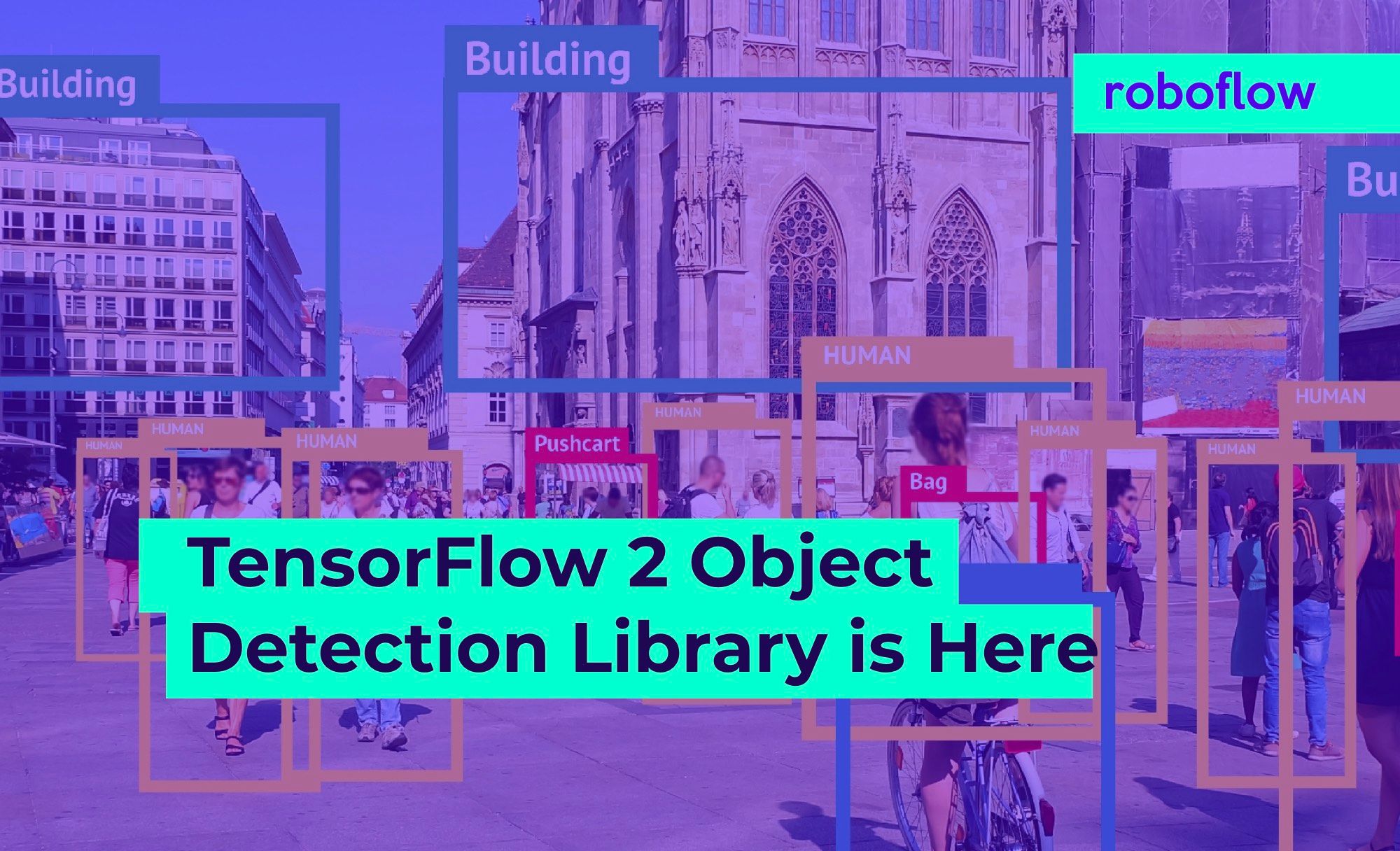 Furthermore, we are excited to announce Roboflow's model library integration with the TensorFlow 2.0 Object Detection API so you can quickly train TensorFlow 2 computer vision models on your own custom data.

What is the TensorFlow Object Detection API?

The Tensor Flow Object Detection API model zoo provides a wide suite of object detection models that you can deploy to your custom dataset and build from, similar to the Detectron2 computer vision library from Facebook.

With the Tensor Flow Object Detection API allows you to quickly try out new architectures in the TensorFlow ecosystem and offers developers deployment solutions by providing model export scripts to .pb protobuf files that contain the inference graph definition. You can then export these models to venues such as TF Lite or TFJS.

The hype around the TensorFlow 2.0 Object Detection API is real.

EfficientDet is an object detection model written by Google Brain, designed to trade of model size and inference time for performance on the COCO standard dataset. EfficientDet is a family of models scaling in size, all released in the TF 2 OD model zoo.

Another large feature in the new TensorFlow 2.0 Object Detection API is the eager execution of TensorFlow graph functions. In the original TensorFlow you would build a graph, create a session, and then execute operations. The graph abstraction ended up being quite a mess to develop in and debug, so TensorFlow 2 worked to redefine the programming environment as imperative, so you can define and execute variables as the script runs along.

The library boasts the ability to train across multiple GPU or TPU resources allowing you to massively scale up your training jobs on large datasets spread across multiple TFRecord shards.

Get started with the TF2 OD Library Today!

Now that this new technology is available, let's get it out there!

We have put together a tutorial on how you can train TensorFlow2 Object Detection models on your own dataset in minutes, just by changing one line of code for your dataset's TFRecord import.

See this tutorial on how to train TensorFlow2 Object Detection Models 🚀