How important is subject similarity for transfer learning? 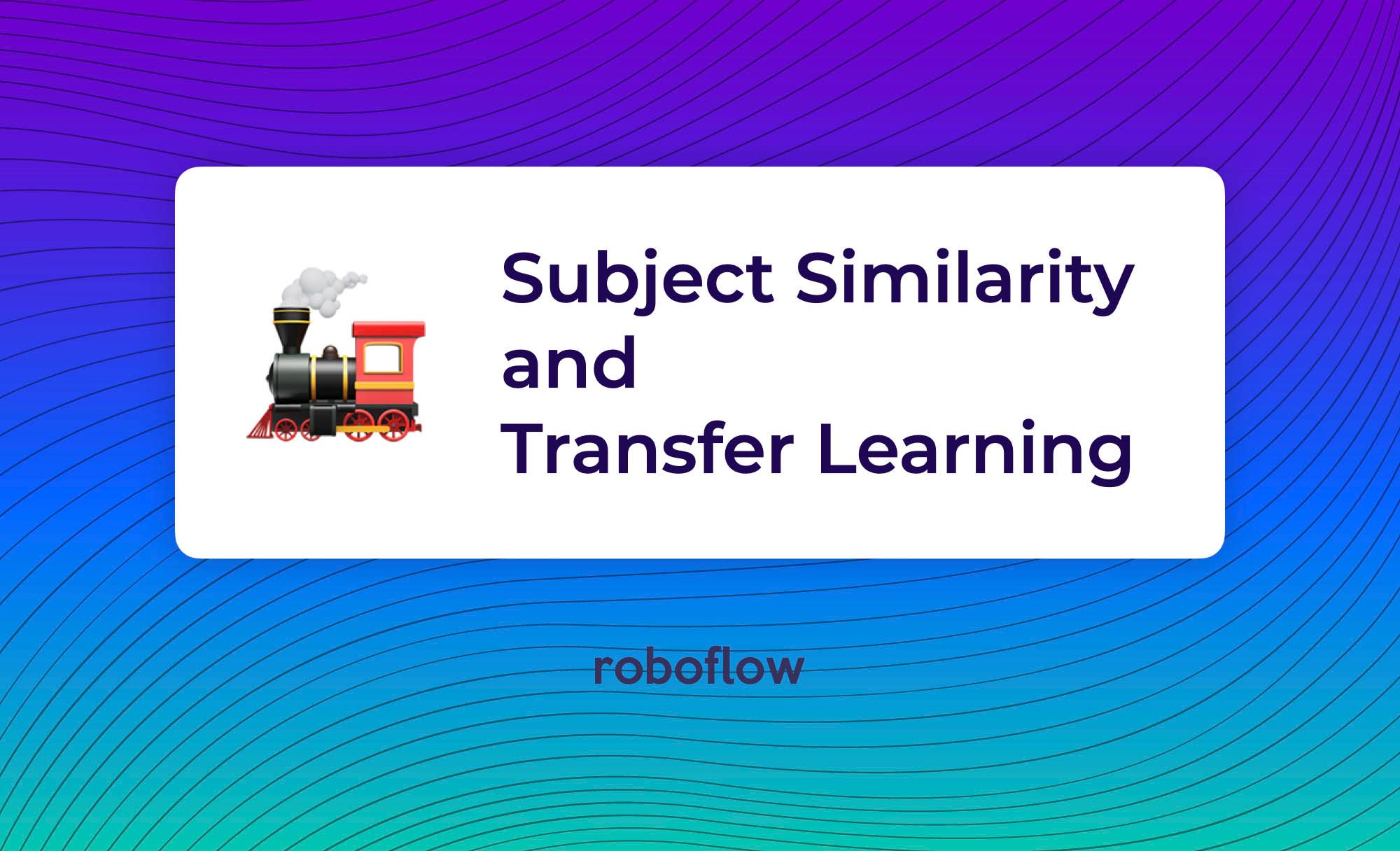 Using transfer learning to initialize your computer vision model from pre-trained weights rather than starting from scratch (initializing randomly) has been shown to increase performance and decrease training time. It makes sense, by giving your model prior knowledge about basic concepts like lines, curves, textures, and "things" it should be able to more quickly learn about the specific objects of interest in a custom dataset.

But, I've always been curious: does transfer learning always produce better results than a randomly initialized training run? What if the base domain is from an entirely different domain? Is it more important that my starting checkpoint was trained on similar images or that it was trained on a huge number of images?

I decided to run an experiment to find out.

I decided to use a Mask Wearing dataset as my test subject and observe the results of using different starting checkpoints on model performance for object detection models.

I decided to use YOLOv5 as the model architecture for these tests. It has been shown to generalize well and has support for transfer learning. But most importantly, it's easy to use so I was able to train all the models I needed for this test in a single day. I followed this tutorial to train YOLOv5 on a custom dataset to train both the starting points and the final models.

I used the YOLOv5s model size with the default settings, including a 640x640 input size and the built-in augmentations. The models were set to train until the loss on the validation set did not improve for 50 consecutive epochs (in practice this turned out to be about 1 hour on a V100 GPU and there was little variance between the training runs).

I decided to train four models from four different checkpoints on the Mask Wearing dataset and compare their performance. The starting points I chose were:

The results on the held-back test set are as follows:

It can be hard to visualize what this means in practice, so here is an example prediction from each trained model on two images from the testing set (visualized at 50% confidence):

Interestingly, there are some examples where the COCO model performed better; notably, the COCO based model identifies a mask in this photo where a man is wearing a mask that covers his entire face and the WIDER Face based model does not:

The checkpoint you choose to start from for transfer learning does affect the quality of your final model. Choosing a more closely aligned starting point to your problem produces better results (even if it has learned from fewer example images), and choosing a poor starting point can be worse than using randomly initialized weights (but probably not by much).

Luckily, Roboflow Train makes it easy to experiment with different starting checkpoints for your models! You can use a number of models pre-trained on datasets like COCO or previous versions of your own models as a starting point. Try it out today.