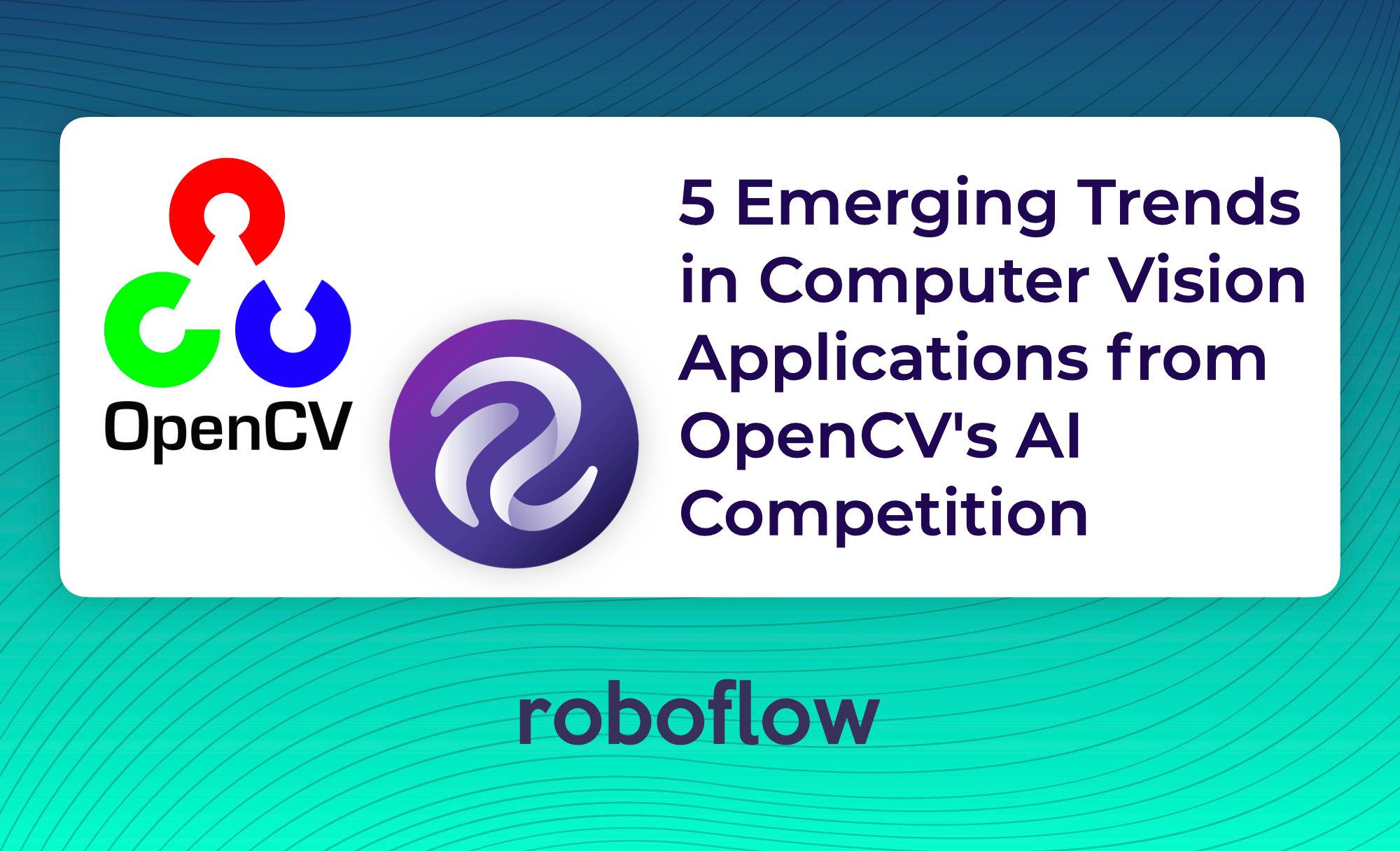 As part of Roboflow's new partnership with OpenCV, I had the opportunity to be involved with the first round of the 2021 OpenCV AI Competition. If you haven't heard of the competition, it's the world's biggest spatial AI competition, in which over 1,200 teams are competing for over $400,000 in prizes. The first round of the competition required teams to submit a project proposal. Over 200 proposals will be selected to move onto the second round, where each team gets 3 months, Luxonis OAK-D devices, and additional infrastructure to make their proposal a reality.

These only provide a glimpse into the impressive, innovative projects that are being put together by teams around the globe. Those teams advancing to round 2 will be announced on Wednesday, 3 March – and we can't wait!

As the competition continues, I'll be sure to share more details around some of the innovative proposals, who advances to future rounds, and who ultimately wins – I'm excited to see these proposals come to life!