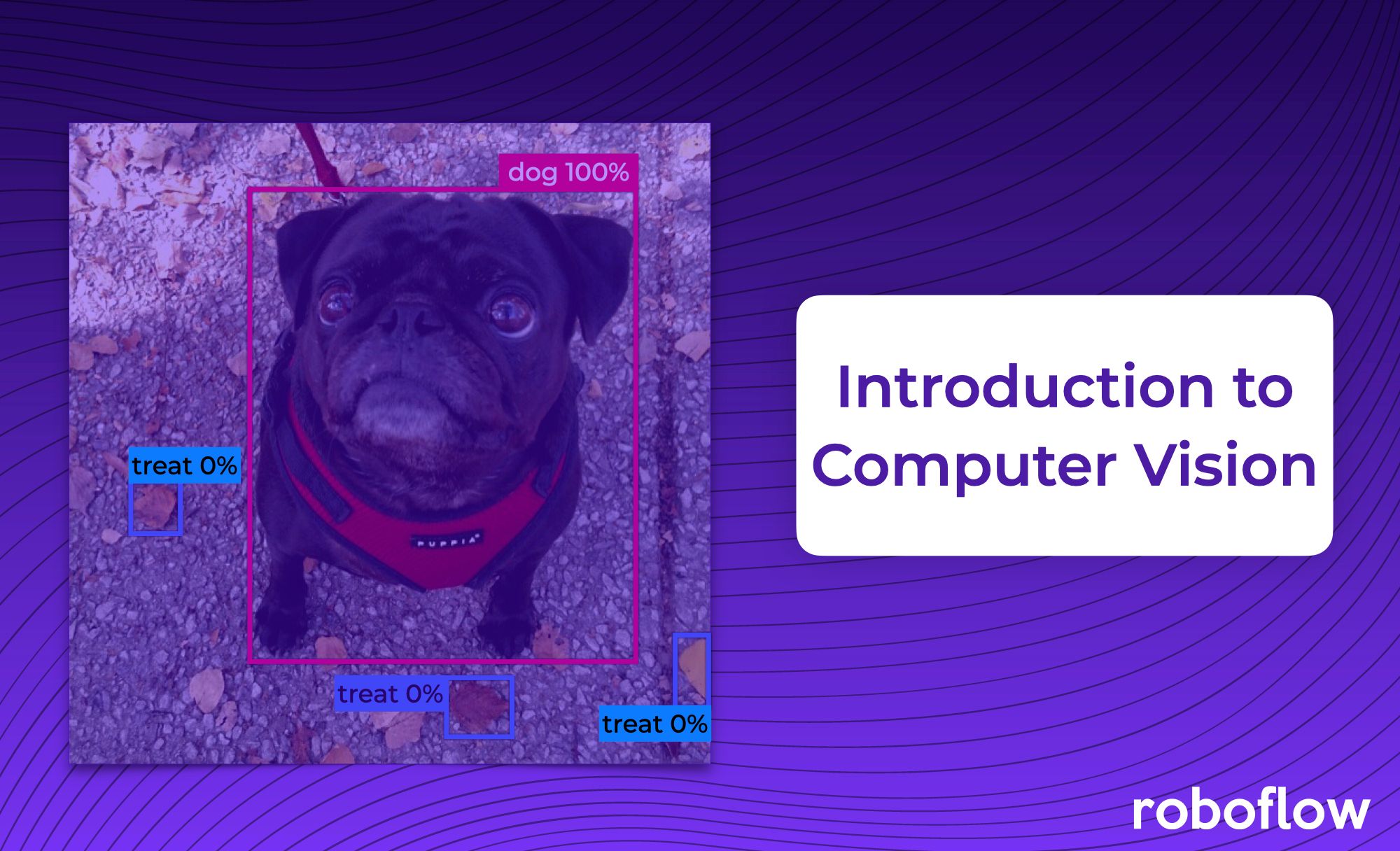 We also filmed a fireside video covering lots of the "Intro to Computer Vision" content.

Computer vision has the potential to revolutionize the world. So far, computer vision has helped humans work toward solving lots of problems, like reducing traffic gridlock and monitoring environmental health.

What is computer vision?

In a basic sense, computer vision is the ability for a computer to see and understand what it sees in a similar way to humans.

When you want to take a drink from a glass of water, multiple vision-related things happen:

Computer vision is the same thing... but for computers!

Computer vision problems fall into a few different buckets. This is important because different problems are solved with different methods.

What are the different types of computer vision problems?

There are six main types of computer vision problems, four of which are illustrated in the above image.

How do I solve computer vision problems?

If you want your computer to help you solve any problem with data, you usually follow a series of steps. The same is true for computer vision problems, except the steps look a little different.

We'll walk through each of these steps, with the goal being that at the end of the process you know the steps needed to solve a computer vision problem as well as a good overview of computer vision.

If your goal is to get your computer to understand what dogs look like, then the computer needs you to tell it which pixels correspond to a dog! This is where you label, or annotate, your image. Below is an image from a thermal infrared dataset that is actively being annotated. One bounding box is drawn around the person and a separate bounding box is drawn around the dog. This would be done by a human. (Since this image has more than one object and is using bounding boxes, we know that this image is being used for an object detection task!) These bounding boxes are being added via a tool called Microsoft VoTT, or Visual Object Tagging Tool.

That's not the only tool – you can annotate your images in Roboflow or use other tools like CVAT (Computer Vision Annotation Tool) or Roboflow's Upload API itself.

Once you've gathered the data and chosen your tool for labeling it, you start labeling! You should try to label as many images as you can, following best practices for labeling images. If you have more images than you can label, consider active learning strategies for more efficiently labeling images.

You can also do something called image augmentation. This is a little bit different – it only affects the images that you use to train your model (teach your computer how to see). In one sentence, image augmentation makes small changes to your images so that your sample size (number of images) increases and so that your images are likelier to reflect real-world conditions. For example, you can randomly change the orientation of your image. Say you take a picture of a truck on your phone. If the computer sees that exact image, it might recognize the truck. If the computer saw a similar image of a truck that was taken with someone's hand rotated by a couple of degrees, the computer may have a harder time recognizing the truck. Adding augmentation steps boosts your sample size by making copies of original images and then slightly perturbing them so that your model sees other perspectives.

There are a lot of different ways in which we can determine how well our computer has learned.

There are many different models that can be used for image problems, but the most common (and usually best performing!) is the convolutional neural network (CNN). If you choose to use a convolutional neural network, know that there are a lot of judgment calls that go into the model's architecture which will affect your computer's ability to see! Luckily for us, there are lots of pre-specified model architectures that tend to do pretty well for various computer vision problems.

You might want to deploy your model to an app, so your computer can generate predictions in real time straight from your phone! You might want to deploy to some program on your computer, or to AWS, or to something internal to your team. We've already written in detail about one way to deploy a computer vision model here. If you're at least a little familiar with Python and APIs, this documentation on conducting inference in computer vision might be helpful!

Regardless of what your next steps are, the work doesn't quite finish here! It's pretty well documented that models that work well on the images you give to it may end up working worse over time. (We read some Google research about this model performance issue and described our takeaways.) However, we hope that you feel like you've achieved the goal we wrote at the beginning of this post:

Thanks for sticking with us this far! Let us know any additional questions or resources by reaching out via email or one of the social media platforms (find the buttons on the left-hand side of the screen) – and if you build anything involving computer vision, we'd love to see what you do!

END_OF_DOCUMENT_TOKEN_TO_BE_REPLACED

How to Train YOLOv5-Classification on a Custom Dataset