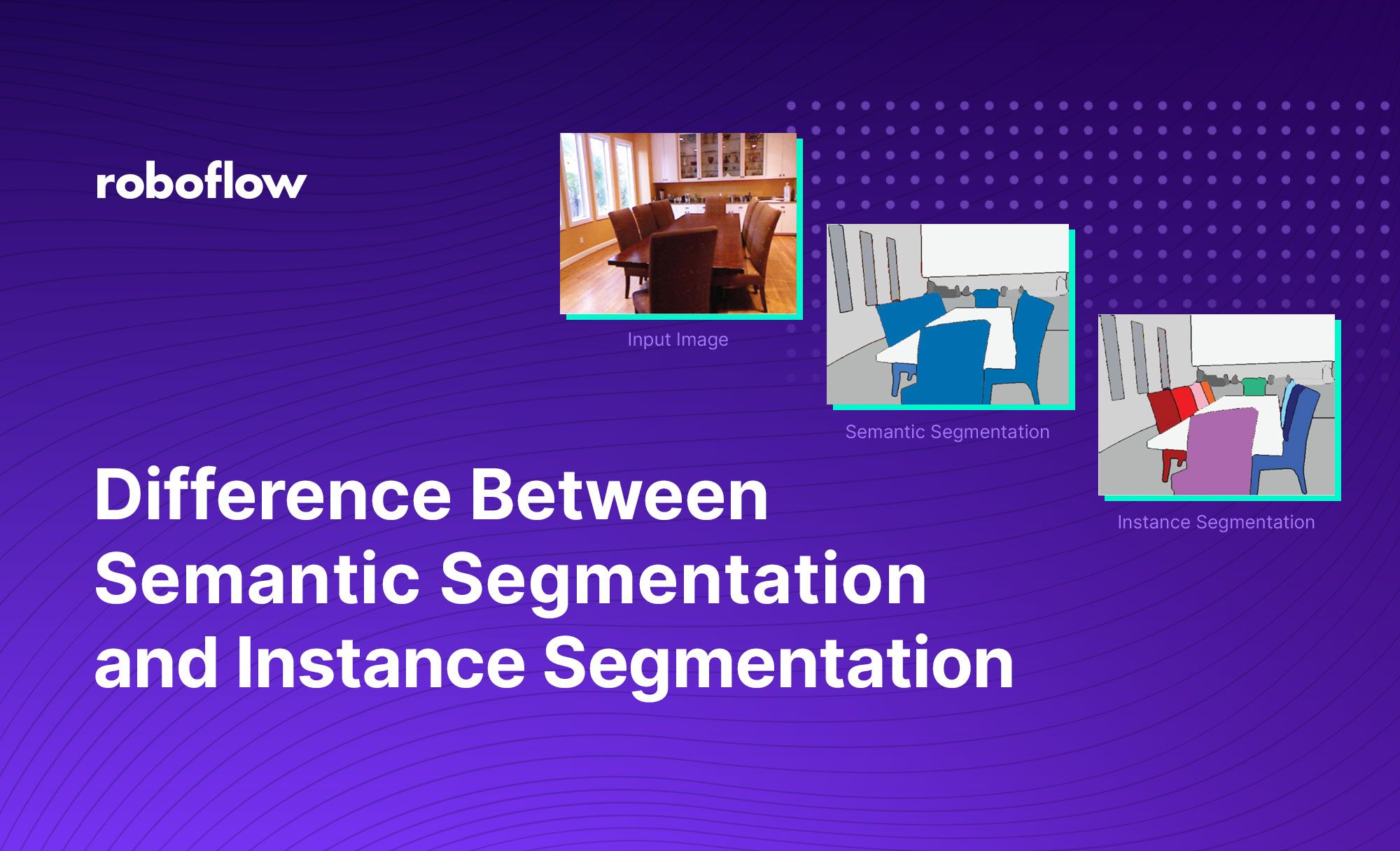 Computer vision is the among the most compelling technologies of the 21st century as it has the potential to drive the world's transition to a better future.

Today's article will dive deep into image segmentation, explain the two types of segmentations, and compare and contrast possible distinctions between instance and semantic segmentation. We will also discuss applications when semantic and instance segmentation comes into play.

What is Image Segmentation?

Image segmentation is the task of identifying and classifying multiple categories of objects. But if you go deep into segmentation, it can get confusing, as there is a considerable difference between different types of segmentation and how they work.

This article explains segmentation's theoretical and abstract principles. In order to prepare image data for segmentation tasks, you'll need tools to label your data at the pixel level. If you're here to create a segmentation project, you can use Roboflow Annotate to apply smart polygon annotations and create your training dataset. Then, refer to our step-by-step guide on How to Train a Segmentation Model on a Custom Dataset.

What is Semantic Segmentation?

Semantic segmentation is a technique that enables us to associate each pixel of a digital image with a class label, such as trees, signboards, pedestrians, roads, buildings, cars, sky, etc. It is also considered an image classification task at a pixel level as it involves differentiating between objects in an image.

It is essential to understand that semantic segmentation classifies image pixels of one or more classes rather than real-world objects which are not semantically interpretable. Due to its intricate working scheme, it is a difficult task in the computer vision ecosystem as you classify each pixel instead of objects, which is the case in object detection.

How Does Semantic Segmentation Work?

Semantic segmentation aims to extract features before using them to form distinct categories in an image. The steps involved are as follows:

Note: The steps in semantic segmentation differ significantly from image classification, where we only assign a single class to the whole image.

What is Instance Segmentation?

How Does Instance Segmentation Work?

Note: Instance segmentation only differentiates all instances in each class; for example, it will separate every person into a different class.

Here are a few real-world applications of instance segmentation:

You now know the fundamental difference between instance and semantic segmentation, how each works, the possible areas of interest where it can be applied, and when to use them.

As a next step, put your knowledge into practice by training SegFormer, a new state of the art semantic segmentation algorithm, on a custom dataset!