How to Train YOLOX On a Custom Dataset 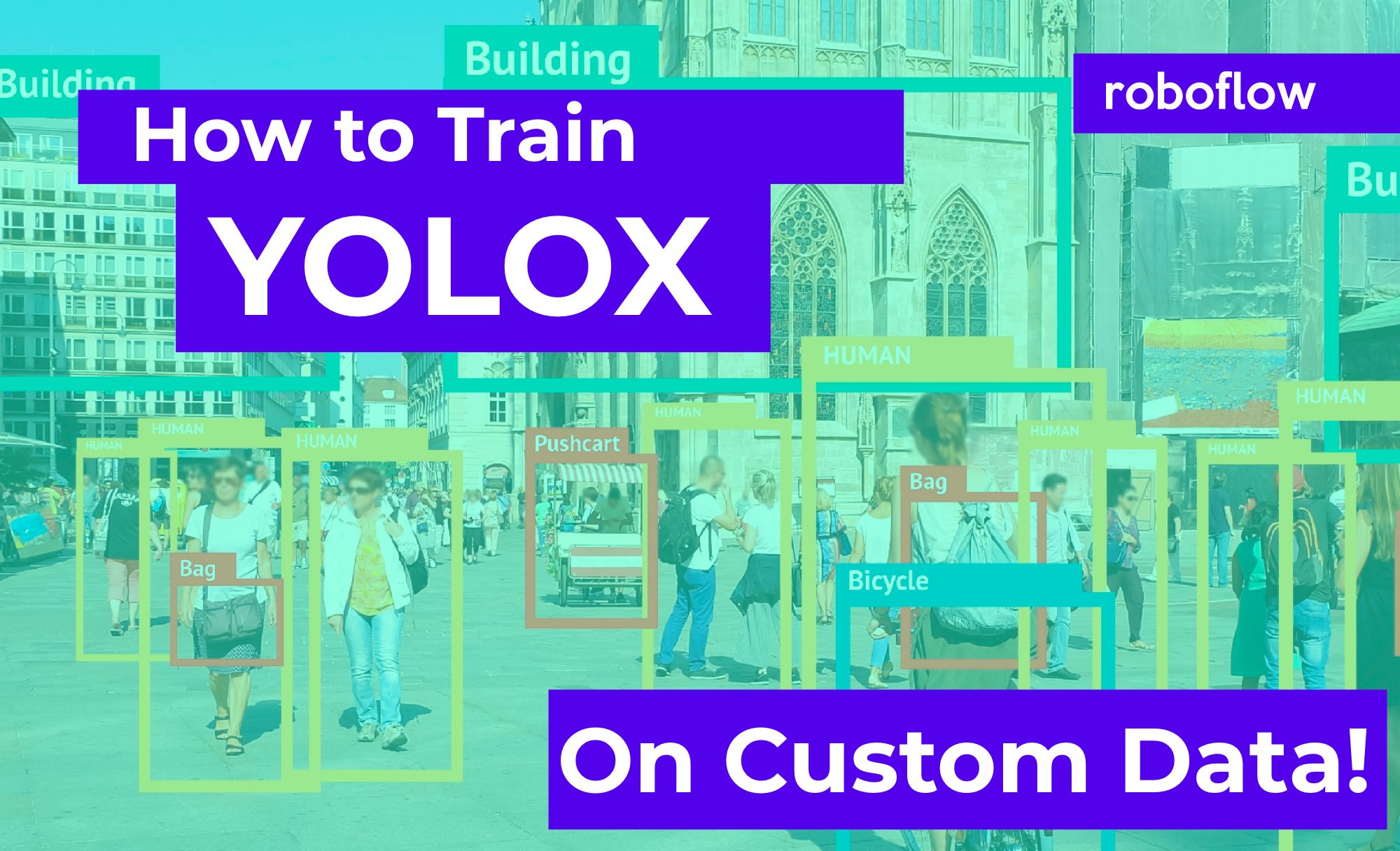 The YOLO family of models continues to grow with the next model: YOLOX. In this post, we will walk through how you can train YOLOX to recognize object detection data for your custom use case.

We use a public blood cells object detection dataset for the purpose of this tutorial. However, you can import your own data into Roboflow and export it to train this model to fit your own needs.

The YOLOX notebook used for this tutorial can be downloaded here.

Thanks to the Megvii team for publishing the underlying repository that formed the foundation of our notebook.

In this guide, we take the following steps:

YOLOX won the Streaming Perception Challenge at the CVPR 2021 Workshop on Autonomous Driving.

The following graphic shows how YOLOX compares to four other models commonly used in object detection:

As you can see above, YOLOX has both a low batch latency and a high Average Precision (AP), as measured by benchmarks against the Microsoft COCO dataset.

The chart below illustrates the decoupled head present in the YOLOX model:

Many other exciting training and inference considerations are included in the paper. You can dive in deeper here at the YOLOX paper or in this video.

Let's walk through the steps you need to take to use YOLOX.

To setup our development environment, we will first clone the base YOLOX repository and download the necessary requirements:

We will also install NVIDIA Apex and PyCocoTools to make this repository work as intended:

We need data on which we can train our model. In this tutorial, we're going to get data from Roboflow and deploy our model in Python.

To retrieve the required data, you will need to create a Roboflow account. We will be using this blood cells dataset but you are welcome to use any dataset whether it be your own dataset loaded into Roboflow or another public dataset.

Step 3: Preprocess your data and generate a dataset version

For this notebook, we will need to apply some preprocessing steps to ensure that the data will work with YOLOX. To get started, create a Roboflow account if you haven't already and fork the dataset:

After forking the dataset, you will want to add one preprocessing step which would be to resize all of the images to a size of 640 x 640:

Then simply generate a new version of the dataset and export with a "Pascal VOC". You will receive a Jupyter notebook command that looks something like this:

Copy the command, and replace the line below in the notebook with the command provided by Roboflow:

Note: Data download has switched over to the Roboflow PIP package.

If you are bringing your own dataset, you can annotate your images in Roboflow. If you are using a dataset that has already been labeled, you can skip this step!

There are many sizes of weights but the size of weights we use will be based on the small YOLOX model (YOLOX_S). We can download this as follows:

To train the model, we can run the tools/train.py file:

The arguments for running this command are:

After about 90 epochs of training, we get the following Average Precision metrics:

In the image above, we show that our model returns a 0.9257 Mean AP. That's a great result for our first try.

To evaluate YOLOX performance we can use the following command:

After running the evaluation, we get the following results:

The above image shows that we get a 0.955 mAP. That's a strong result.

To visualize the predictions on the image:

Finally we can export the model into our Google Drive as follows:

YOLOX is an incredibly powerful, state-of-the-art object detection model. In this tutorial you were able to learn how to: