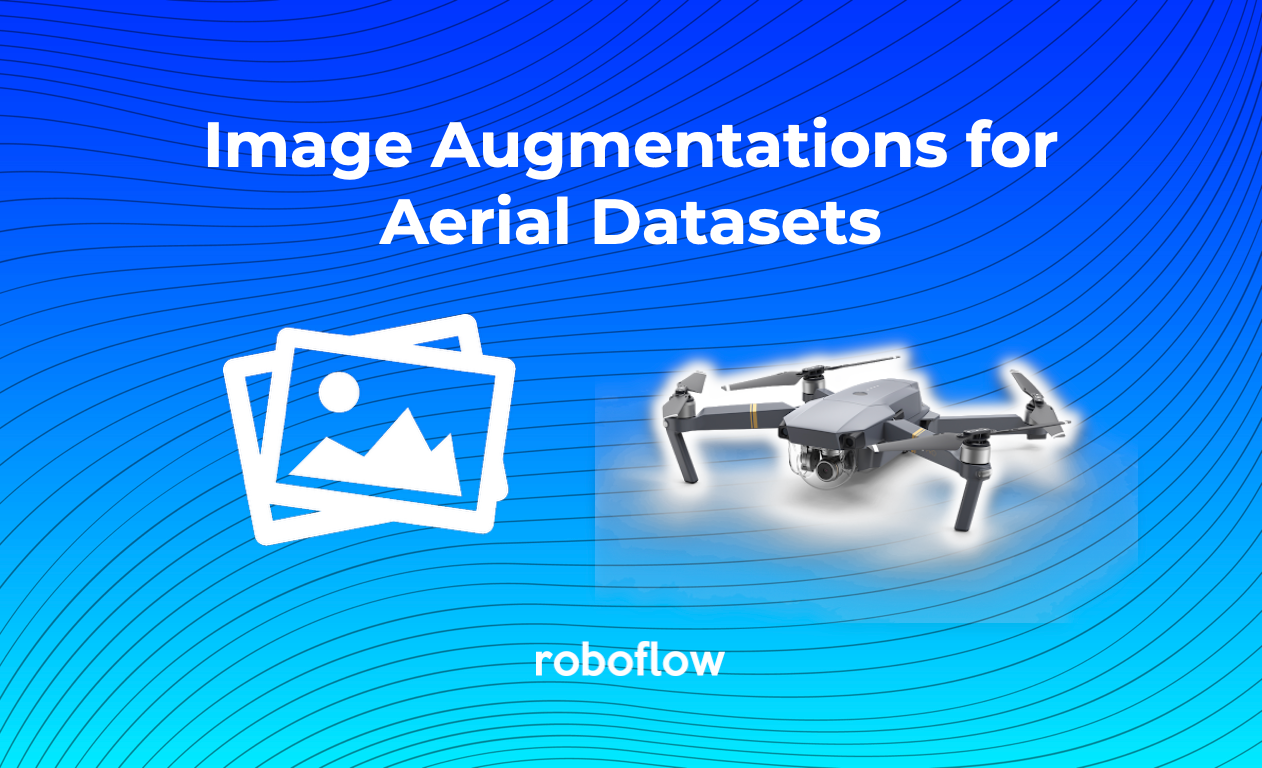 Image augmentations should be selected based on the domain problem one is tackling. Aerial data, specifically, often shares a number of characteristics that enable similar selection of image augmentation to be performed. Aerial data is any data captured from above looking down. Commonly, this includes drone and satellite imagery.

Flip image augmentation means mirroring an image about its y or x axis. (It is distinct from rotation.) For aerial data, objects below can often be mirrored about their y- or x-axis, making it a good choice.

Rotating an image clockwise or counter-clockwise by 90-degrees is often a good choice for aerial datasets as the objects below could be viewed from any orientation above – there is not a fixed perspective from which they may be viewed.

For aerial data in particular, this can be massively useful as objects below will vary in size and, potentially, closeness to the camera perspective.

The above list are fairly 'safe' bets to select for image augmentation for any given aerial problem. Depending on the problem you are tackling, it may also be relevant to include blur, noise, mosaic, or other image augmentations. As always, happy building!