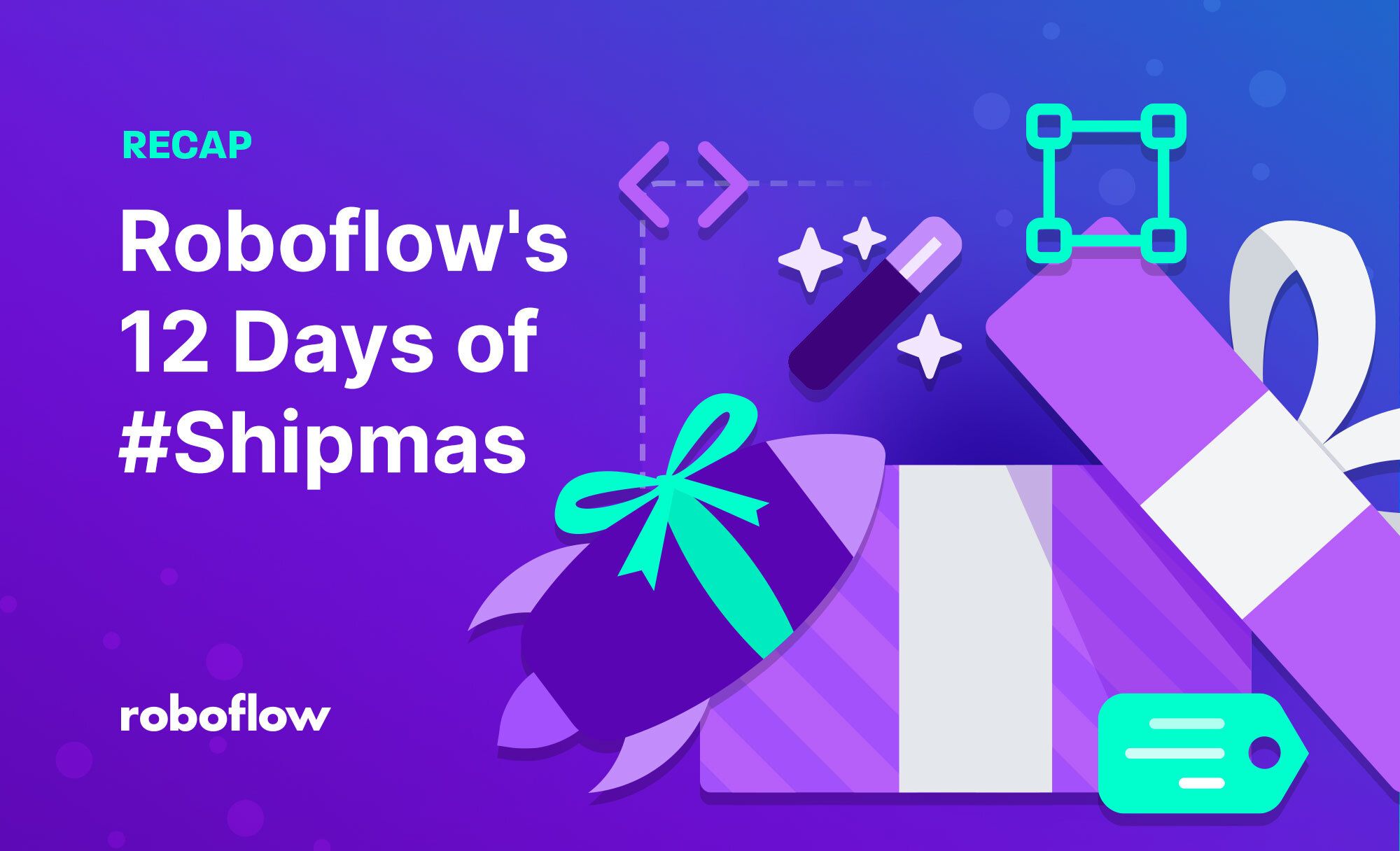 For many companies, the holidays are a lull and they end the year with a whimper. At Roboflow, shipping is a huge part of our culture, so we wanted to start the year off with a bang.

Label Assist is the feature in Roboflow Annotate that enables you to use a computer vision model to pre-annotate your images so you can spend your annotation time correcting a model vs labeling from scratch.

But if your model is trained on different classes than you're labeling it isn't as useful as it could be... until now! With this new feature you can remap a model's classes to your dataset's ontology. This is especially useful if you're using a model from one dataset to bootstrap another.

Roboflow Universe is our community for computer vision projects. It hosts over 100 million images, 100,000 datasets and 10,000 fine-tuned models. You can now show your support for projects & bookmark them for later by starring them (just like you can star open source projects on GitHub).

Those 10,000+ fine-tuned models on Universe just became a lot more useful for bootstrapping your own computer vision models. You can now use them as a transfer learning checkpoint. This means your model starts with existing knowledge it's learned from a prior training run.

If someone has trained and shared a model on a similar domain as your project, you can star it on Universe and then use its weights to kickstart your own model's training.

You can now also use those 10,000+ Universe models with Label Assist to annotate additional images for your dataset. This, combined with class remapping in Label Assist, supercharge Roboflow Annotate to help you jumpstart a new computer vision project in record time.

Our polygon tool got some major updates including better support for large aerial images, faster performance, several bug fixes, and new UI affordances to make it easier to use.

It's now easier to share your work with your friends and followers with cross-linking between the editable of your project and the public view on Roboflow Universe. Show off your hard work by sharing your datasets & models.

Creating and sharing your project on Roboflow Universe can be a great way to build your brand and boost your resume as a computer vision expert. We've even seen community members get hired or promoted based on the cool projects they've built!

Continuing on with the API automations theme, we've expanded our annotation API to support segmentation and classification projects. You can use this to build integrations with other labeling tools or to create a Label Assist feature using predictions from a custom model or another tool.

Sometimes it's the little things in life: it's now possible to rename your projects in Roboflow. Sometimes the scope changes (or maybe you just made a typo). This  basic functionality has been requested frequently, so we decided it was high time to build it.

Using your model to pre-annotate, and use Smart Polygon to refine those predictions will help you annotate much faster.

Our dataset search feature helps you better understand your dataset and intelligently expand it with the images most likely to improve your model's performance. You now have more power at your fingertips with image tagging & metadata search.

And the #Shipmas grand finale: support for the newly released YOLOv8 in Roboflow. We now support training YOLOv8 on your custom datasets, deploying YOLOv8 with Roboflow Deploy, and sharing your fine-tuned YOLOv8 models on Roboflow Universe.

We're excited to be kicking off 2023 with a bang, but this is only the beginning. Roboflow has a ton of new features in the hopper that will be released in the coming weeks and months.