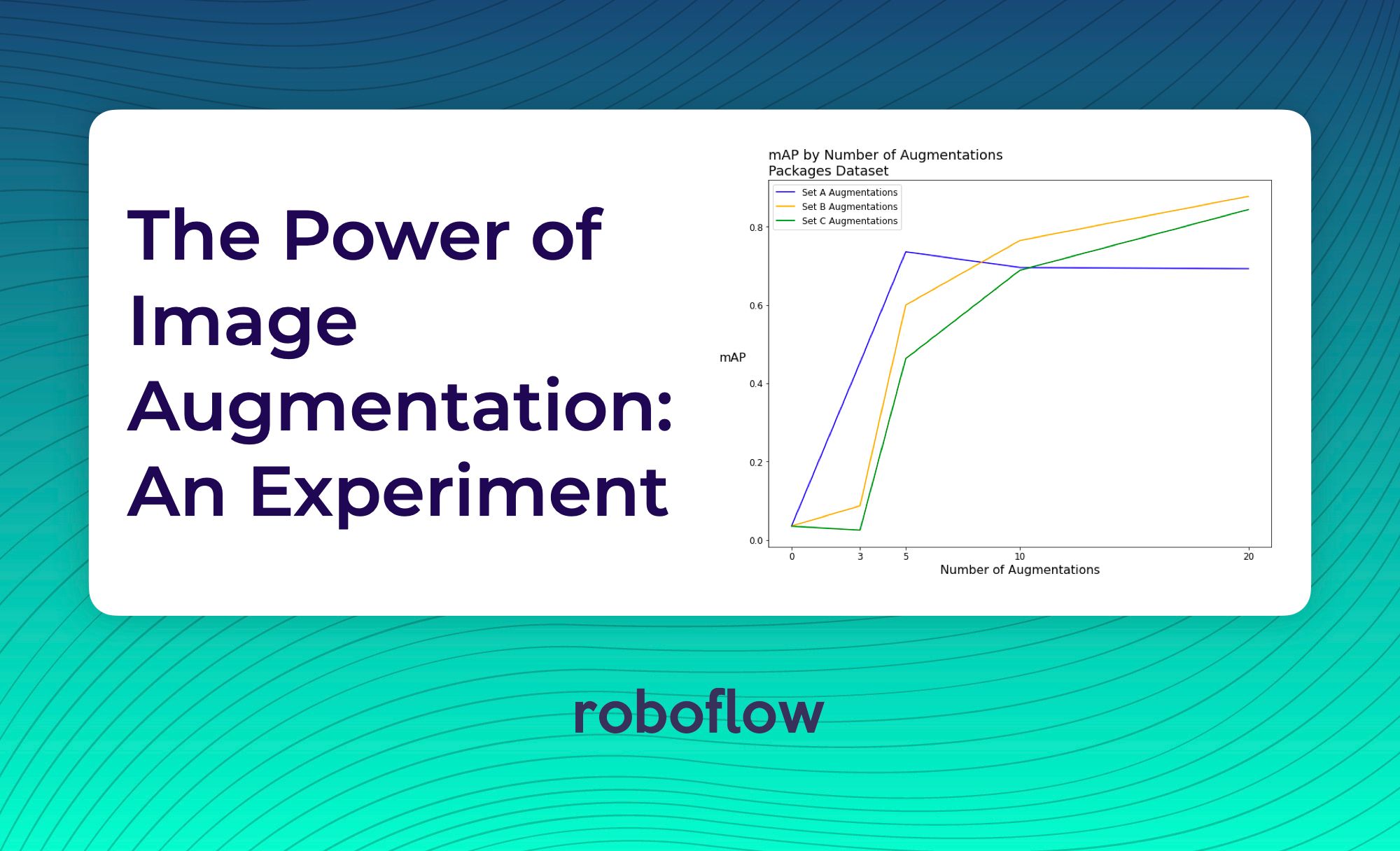 One of the amazing things about computer vision is using existing images plus random changes to increase your effective sample size. Suppose you have one photo containing a coffee mug. Then, copy that photo and rotate it 10 degrees clockwise. From your point of view, you haven’t done very much.

But you’ve (really easily) doubled the number of images you’re about to give your model! Your computer vision model now gets a whole new perspective on what that coffee mug looks like.

That said, image augmentation is a really powerful technique to generate new data from existing data. A huge benefit to using Roboflow is that you can do this with one click of a button!

Just how powerful is image augmentation? I decided to run a little experiment. I explored how model performance shifted based on three different dimensions: size of the original dataset, type of augmentations, and number of augmentations.

Size of the original dataset

I selected three public image datasets from public.roboflow.com. (You can use these datasets yourself right now!)

Set B: Random brightness, random blur, and random cutout, plus all “Set A” augmentations

For each image, we augment (copy and add random changes to) that image a certain number of times. One of the main things we want to understand is, how does the number of augmentations affect model performance?

We measured performance by looking at three common metrics in object detection:

When fitting models on the packages dataset (with 26 source images), the mAP was extremely low before augmenting the images – 3.5% out of a potential 100%. Applying augmentation techniques significantly increased the mAP by as high as 80 percentage points.

We see similar improvement with precision and recall, going from 0% with zero augmentations up to above 70% or 80%. The full table of mAP, precision, and recall scores for the packages dataset is below.

When fitting models on the raccoons dataset (with 196 source images), the mean average precision was above 88% with zero augmentations. In this case, the effect of augmentations varied!

The non-bounding box-level augmentations had no significant effect on mAP, though there was significant improvement (up to 20 or 30 percentage points) in the precision.

Bounding box-level augmentations had a significantly negative impact on mAP and recall.

When fitting models on the potholes dataset (with 665 source images), the mAP began around 74% with zero augmentations.

After augmenting the potholes dataset, we see performance effects that were similar to the raccoons dataset. The raccoons and potholes datasets had significantly more source images (196 and 665, respectively) than the packages dataset (26 images).

Note that each of the datasets contains exactly one class (packages, raccoons, and potholes, respectively). This isn’t always the case in object detection problems -- for example, the doors could be labeled in the packages dataset, so we’d include “packages” and “doors” as two separate classes.

To juice your models even more, consider using transfer learning and the types of augmentation we didn't explore in this post. Happy building!