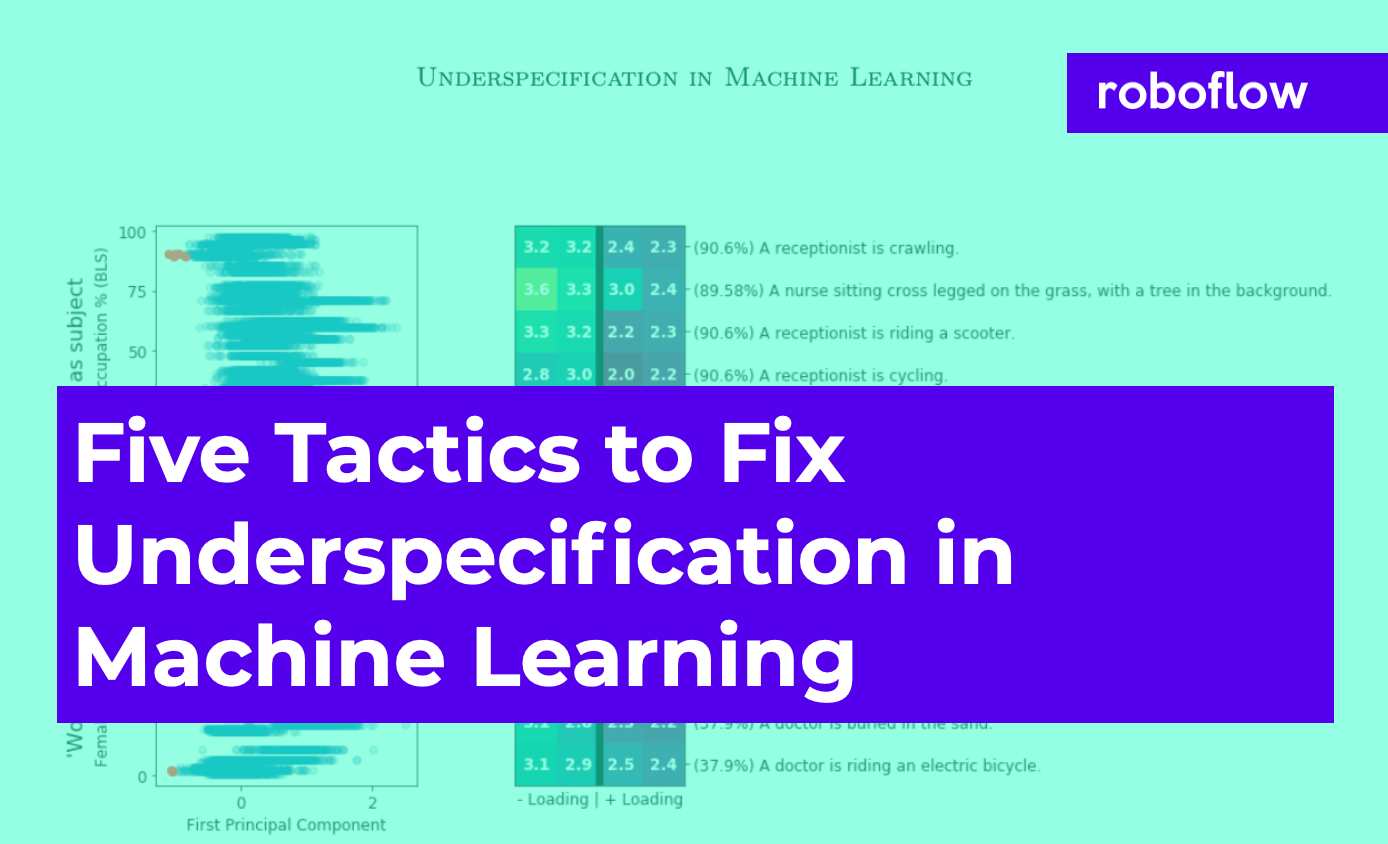 We read the 60-page Google underspecification paper (so you don't have to). Want to jump straight to the tips? Click here.

Here's a problem you've probably had: You build a model with a great accuracy score or a really high mAP (mean average precision).

Then, you deploy your model... and your model does worse than expected.

You took the right steps! You split your data into training, validation, and testing sets. You checked to make sure there weren't errors importing your data and thoroughly cleaned your data. Your feature engineering steps were rooted in subject-matter expertise.

Your model did well when you built it, but it's doing worse now that you've deployed it. One main cause of this phenomenon is called underspecification. A team of (mostly Google) researchers published a paper earlier this week about machine learning models performing poorly when they're "deployed in real-world domains" and how underspecification causes this.

Chances are, when you build your model, there are a lot of models that perform well on your data. This is underspecification.

Let's start with a simple example, then dive into a more real-world one: Take this scatterplot of data. You want to generate a line of best fit to this data.

There are a lot of lines that could do pretty well on this data. Let's look at two example lines:

The orange and silver lines in this image are pretty similar to one another. When we quantify model performance, both are probably going to do pretty well. The computer will easily pick the "best" one – but the one that the computer calls "best" isn't guaranteed to be "the best one in the real world."

This is underspecification. A machine learning pipeline is underspecified if there are many different ways to get your model to realize the same performance on the held-out test set – even if you have the same training data and same model structure. In the above example, the training data (dots) and the model structure (simple line of best fit model) are the same, but the slopes and y-intercepts of the lines are a bit different. Despite these being two different lines, if they both get about the same level of performance on our test data, we'd describe this as underspecified.

The line of best fit is an intuitive example (different slopes, but similar performance) – but this is a problem with all sorts of machine learning models, including in computer vision, natural language processing, and more. It's just sometimes harder to detect in those models.

What's the big deal? Why is underspecification a problem?

Those two lines we saw earlier? Our computer picked the "best" one based on some measure of model performance. But the computer doesn't know which model is a better reflection of reality – just which model happened to be better on this specific set of data.

Let's say that, instead of fitting a line of best fit model, you're tackling an object detection problem with YOLOv4. (Aside: Learn how to fit a YOLOv4 model or tricks for fitting a better YOLOv4 model here.)

There are a lot of intentional and unintentional choices that go into fitting an object detection model.

If we try fitting 20 different models, perhaps 5 of them perform pretty well. Among those 5 good models, our computer doesn't take any real-world meaning into account when selecting the "best" model.

At the end of the day, a model is a simplification of reality. Models are generally supposed to reflect or mimic the real world. But the way that models are fit, there's no guarantee that your computer selects a model that reflects the logic or science of your specific application.

Surprisingly, seemingly irrelevant decisions like your random seed may have a really big impact on your model performance!

You might think this doesn't happen a lot. Google research says otherwise. Your computer may select the "best" model – but it turns out, which model is "best" is shockingly dependent on small, seemingly arbitrary choices.

What this means: When you deploy your very accurate, high-performing-on-the-test-set model, there's a good chance your model immediately starts performing poorly in the real world, costing you time, money, and frustration.

What are 5 things we can do to avoid those negative consequences?